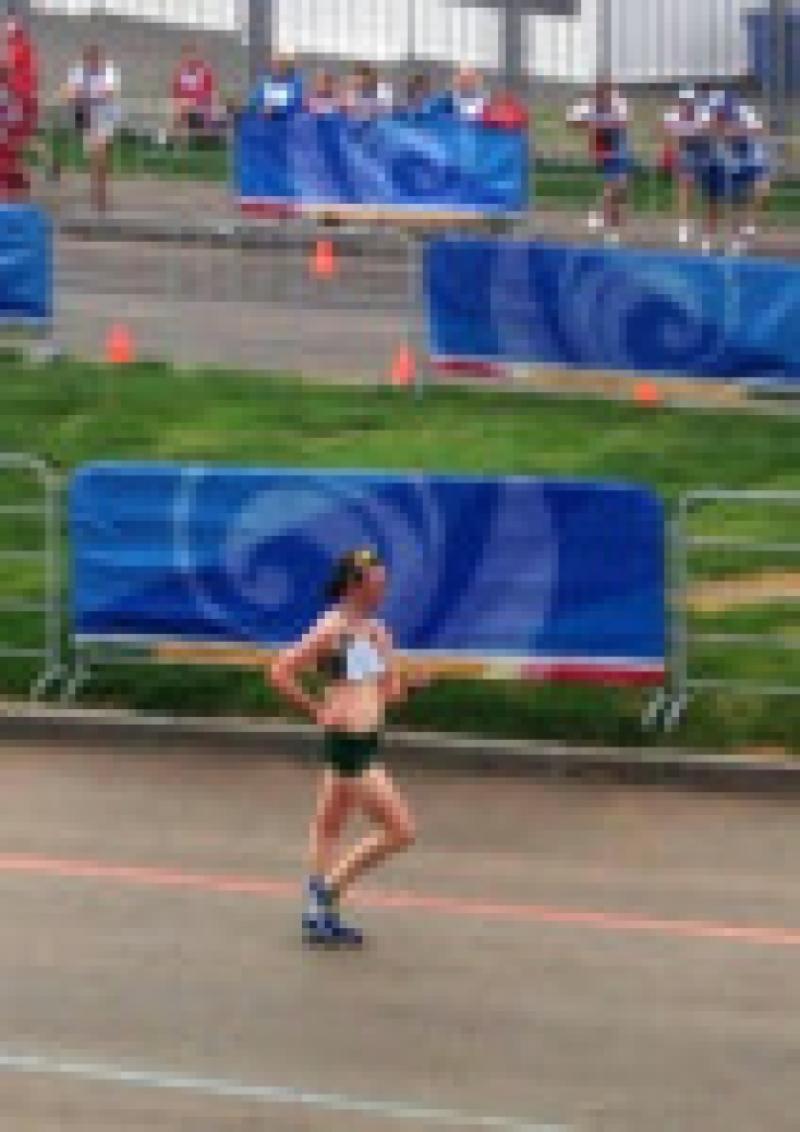 Laura Reynolds put up another outstanding performance at the World Student Games last Wednesday last when she finished sixth in the 20K Walk.

Laura Reynolds put up another outstanding performance at the World Student Games last Wednesday last when she finished sixth in the 20K Walk.

The Leitrim athlete was competing in her second Universiade, a competition held every second year,and which produces competition of Olympic standard in some events.

The 20K walk was won by Anisya Kirdyapkina of Russia who was runner up in the event in London last August. She dominated all the way and came home well ahead in 1:29.30. Second and third positions went to fellow Russians Irina Yumanova and Lina Bikulova who clocked 1:30.41 and 1:32.30 respectively.

Another top Russian Vera Sukolova was also well in contention until she suffered disqualification late in the race. Fourth position went to the Belarus Olympian Hanna Drabenia in 1:33.15 with the Chinese Yang Mingxia who suffered disqualification at the London Olympics finishing fifth in 1:33.22. Close behind her in sixth position was Laura Reynolds in 1:33.31, just a minute outside the bronze medal position.

Athletics Ireland sent Colin Griffin who coaches Laura and who took part in this competition on three occasions to Kazan as coach to assist Laura. While the small Irish Team did not win any medals they took two fifth positions and three sixths.

For Laura it is the first of two trips to Russia this summer as she will be competing at the World Championships in Moscow in four weeks.

Ballinamore Road Races: The Ballinamore Festival Open 10K and 5K will take place on Wednesday August 14. Registration takes place at the Sports Hall from 6.00 and the races commencing beside the bottle-bank at 7.30 with both finishing at Mean Scoil Fatima.

An innovation this year is the inclusion of a Leitrim 10K Championship. This will result in the first three Leitrim male and female athletes in both the Open and the Masters 10K receiving County medals in addition to any other prize they may win. There will be numerous prizes in the 10K and the 5K which includes a funrun and walk with many spot prizes. Entries can be made on the runireland website from now on.