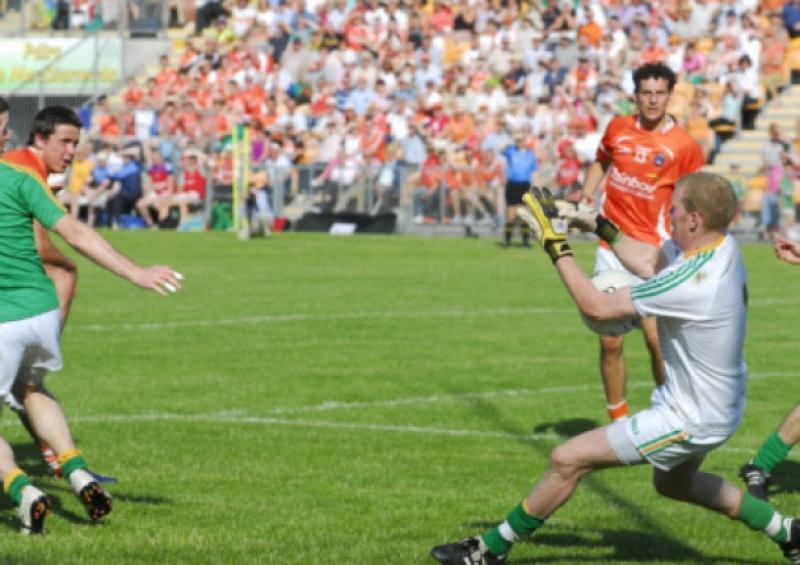 His team mightn’t have showed it on the field but Armagh boss Paul Grimley was full of sympathy for Leitrim’s situation last Saturday.

His team mightn’t have showed it on the field but Armagh boss Paul Grimley was full of sympathy for Leitrim’s situation last Saturday.

In the aftermath of his side’s crushing 27 point win over Leitrim, Grimley spoke sympathetically of the situation both the Leitrim team and management found themselves in. Following a commanding 25 point win over Wicklow in the first round of the All-Ireland Football Qualifiers, Grimley’s Orchard County side demolished Leitrim on a scoreline of 8-13 to 0-10.

Despite such a dominant display, the Armagh boss was quick to praise Leitrim’s fight in the face of adversity - “We knew even at half-time that they were capable of coming back into it. From what I believe, they had a lot of players missing and a few bad injuries and you have to factor that in.”

Viewed by many as massive favourites going into this game, Paul said his side were full of respect for Leitrim despite the form book pointing to nothing but a victory for the Ulster side - “People might think we’re a much better side, but it’s great calling the losing team weaker after the game is played. Both Wicklow and Leitrim did not look that weak to me going into each match.

“With football, you never know. Look at the scare Roscommon gave Tyrone and what Waterford almost did to Galway, so you always have to be on your guard.”

Although the gulf in class was evident on the day, Paul says his team was wary of a Leitrim come back having seen the Green & Gold’s sheer persistence against London during their Connacht semi-final replay at Hyde Park.

“Coming down to this game, we studied the two matches against London and we were impressed with the fight back Leitrim showed in the second game. We recognised that no matter how well things were going and no matter what was on the scoreboard that these (Leitrim) lads were capable of fighting and turning things on their head.”

Leitrim had to contend with a spate of injuries going into game including the loss of captain Emlyn Mulliganalong with the four players who were suspended by management earlier this year due to disciplinary issues.

To make matters worse, they also lost Paddy McGowan during the opening stages of the contest with a leg injury.

With this in mind, Grimley was sympathetic toward the Leitrim joint-management: “To be fair to Leitrim, it was very difficult. A few of their better players were missing for the game including Emlyn. It would be unfair for me to pick on any facets of Leitrim’s game and also to talk about what’s gone on over the last few weeks.

“But as a fellow manager, I just feel sorry for Barney (Breen) and George (Dugdale) for what they’ve had to deal with.”