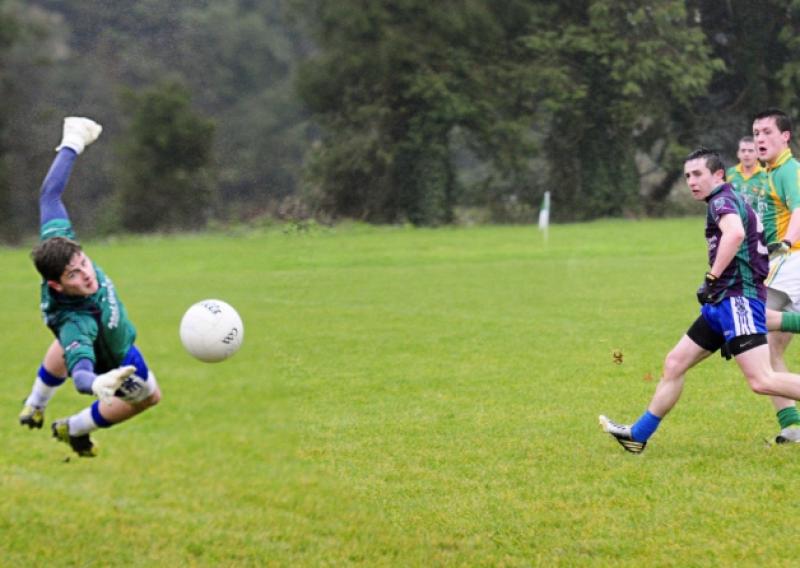 St Manchans and St Brigids will go head to head in the U-21 A Championship Final after both sides won their respective semi-finals last Sunday.

St Manchans and St Brigids will go head to head in the U-21 A Championship Final after both sides won their respective semi-finals last Sunday.

St Manchans proved too strong for a young Ballinamore Sean O’Heslins team in Fenagh last Sunday while St Brigids overpowered Kiltoghert Gaels in Mohill to book their place in the decider.

St Manchans who consist of players from the Mohill and Eslin clubs will no doubt be looking to end the year on a high as both clubs have suffered their share of final heartbreak this year.

Last Sunday it was evident this group of players possess a lot of hunger and desire and when coupled with their undoubted talent, they are a force to be reckoned with.

St Brigids, whose players come from the Aughawillan, Aughnasheelin and Drumreilly clubs enjoyed a win that was much more comprehensive than many would have expected over Kiltoghert Gaels when the sides met last Sunday in Mohill.

With many underage county players in their ranks, St Brigids certainly appear to be a formidable proposition.

The final has been fixed for Saturday, November 30, as has the B Final in which Dromahair and Drumkeerin will lock horns. Dromahair go into the final on the back of impressive wins over Carrigallen and Gortletteragh but will know only too well if they are to retain the title they will have to be at their best to beat their neighbours.

Before the U-21 Championships are decided there is the matter of the Gallogly Catering Division 1 title to be decided.

Sunday’s replay (Pairc Sean MacDiarmada, 1.30pm) will see Mohill looking to make up for the heartbreak of defeat in the Senior Championship Final while for Glencar/Manorhamilton there will be no shortage of motivation as it was Mohill who dumped them out of this year’s championship and ended their quest for a fifth successive championship.

The drawn final produced an exciting encounter which both sides will feel they could have won and both sides, who are very familiar with one another will be looking to end the year on a winning note.