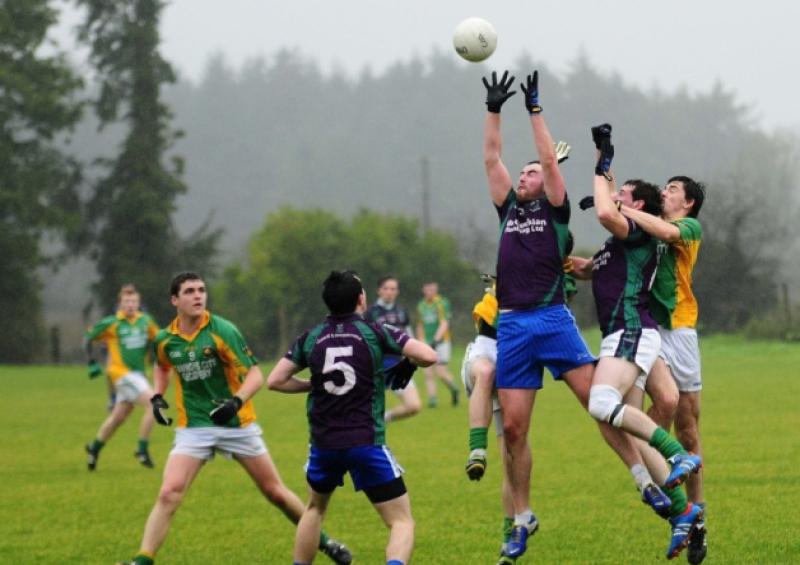 St Brigid’s booked their place in the U-21 ‘A’ Championship final with a comprehensive win over Kiltoghert Gaels in last Sunday’s semi-final.

St Brigid’s booked their place in the U-21 ‘A’ Championship final with a comprehensive win over Kiltoghert Gaels in last Sunday’s semi-final.

The weather in Mohill on Sunday afternoon meant conditions were difficult for both sides but the Aughawillan, Aughnasheelin and Drumreilly men made light work of the conditions and their opponents.

St Brigids began brightly and took control of the game inside the opening 10 minutes with a point from Ciaran Gilheaney and two from Conor Gaffney.

Kiltoghert Gaels kept in touch with points from Aidan Flynn and Aaron McLoughlin but the deficit was increased once again when Gary Plunkett and Conor Gaffney pointed in quick succession.

Aidan Flynn was one of the stars for Kiltoghert Gaels and three points from him in the final 10 minutes helped keep his side in contention.

However, during that period Conor Gaffney, Aidan Dolan and Ciaran Gilheaney were on target and in the final minute St Brigids struck for goal with Gary Plunkett the man on target.

Leading 1-7 to 0-5 at the break and having missed two goal chances, St Brigids looked on course for victory and in the second half there was to be no doubt about the outcome.

Stephen Gilheaney and Gary Plunkett both registered early points to further extend the lead. While Kiltoghert did reply with a Michael McManus point eight minutes after the restart they then went 14 minutes without a score.

During that time St Brigids extended their lead and scored a second goal, this time Mark Plunkett was the man on target.

Michael McManus scored a late goal but it was to be no more than a consolation as St Brigids finished strongly to record a deserved victory and will now meet St Manchans in the final.