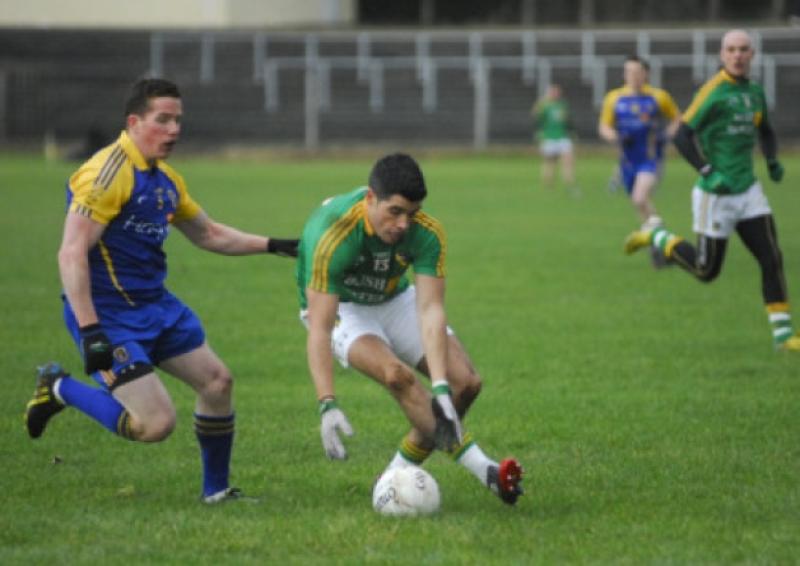 Flying high at the moment, the main thought in Leitrim minds next Sunday will to be avoid a repeat of 12 months ago for their first game in the 2014 Allianz League campaign.

Flying high at the moment, the main thought in Leitrim minds next Sunday will to be avoid a repeat of 12 months ago for their first game in the 2014 Allianz League campaign.

Leitrim take on a formidable Antrim side next Sunday in Pairc Sean Mac Diarmada (2 pm throw-in) in the first game of the Division 4 campaign, boosted by a hard fought and deserved victory over neighbours and championship rivals Roscommon last Sunday in the FBD League Final.

Such a scenario should be guaranteed to lift confidence levels for Sean Hagan’s team but the lessons of 12 months ago have Leitrim’s players and fans very wary of welcome the Saffron County to Carrick for an absolutely huge encounter.

Twelve months ago, Leitrim travelled to Limerick on an equal high after defeating local rivals and prospective championship rivals Sligo just seven days previously in the FBD Final but came a cropper in a much more intense and physical encounter.

Antrim, like Limerick last year, are the early favourites for a quick return to Division 3 after their relegation and Liam Bradley’s return as manager has re-energised a team that made huge progress a few years ago as they reached Division 2 in the league and caused waves in the championship.

Antrim endured their own troubles last season with internal squabbles in the camp but the return of Bradley plus the addition of former Aussie Rules star Niall McKeever will see them travel in determined mood to Carrick next Sunday.

Paddy Cunningham and C.J. McGourty are dangerous attackers that will need watching from the Leitrim defence and no more than Limerick last year, the success in the FBD Final will have the Ulster men well warned of the dangers of facing Leitrim.

Sean Hagan has a few interesting decisions to make as Alan Wynne, Ciaran Egan and Shane Moran are all back in contention but it is likely that the Longford native will stick with the same side that saw off Roscommon.

Hagan will want to lay down a marker for the rest of the League with an important win on Sunday but it will be far from easy - Antrim recently defeated Down in the McKenna Cup and they are a tough outfit.

Leitrim may be better prepared mentally for the challenge this year but it remains a game that is too close to call with any degree of confidence.