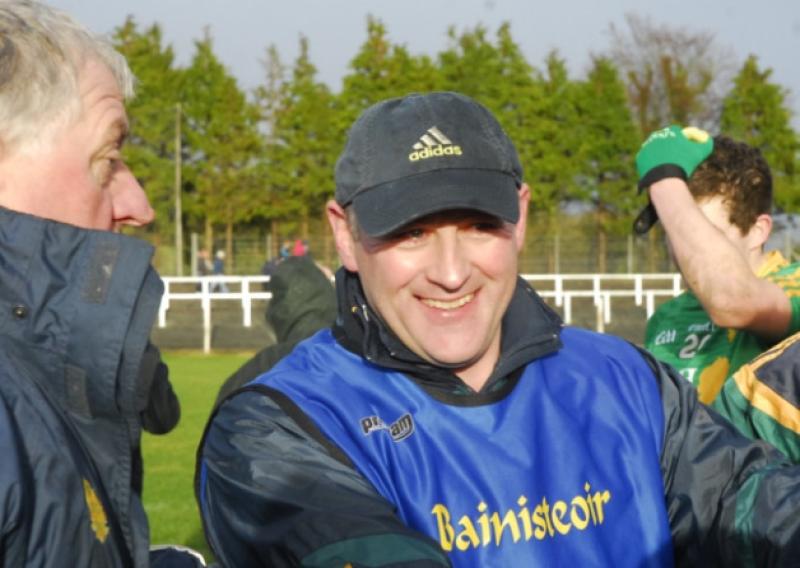 After talking up the importance of the first game in this year’s Allianz League Division 4 campaign, Leitrim secured a deserved, if more hard fought than the scoreline suggests, victory over Antrim last Sunday in Pairc Sean Mac Diarmada.

After talking up the importance of the first game in this year’s Allianz League Division 4 campaign, Leitrim secured a deserved, if more hard fought than the scoreline suggests, victory over Antrim last Sunday in Pairc Sean Mac Diarmada.

Antrim were expected to provide a stiff test for Sean Hagan’s side last Sunday and the Saffron County did just that in most sectors of the field except the most important one - on the scoreboard!

The win, against one of the favourites for promotion from Division 4, is a huge boost for Leitrim in a division that is sure to have a lot of twists and turns but there is no underestimating the boost last Sunday will have given the Green & Gold.

A clinical and deadly efficient first half display from Sean Hagan’s troops saw them register just four first half wides and a staggering 1-8 in an economic and highly effective display.

With patient short passing and a massed defence, Leitrim looked in a completely different class in the first half as their energetic play, clever support play and hard running meant that although Antrim probably had as much of the ball as the home side, the team-work and intelligent play of Leitrim deservedly gave them an eight point lead.

The forwards, with Ray Cox providing a great outlet for an isolated front three and Tomas Beirne a handful from the few high balls that went into him, worked extremely hard and their ability to make the most of their chances will have pleased the management.

The unheralded midfield pairing of Aaron Hickey and Damien Moran may not have been the classic high fielding pairing but they typify the new sort of midfield pairing, working hard around the middle of the field, tracking back and disrupting the highly rated Niall McKeever who was expected to dominate.

But manager Sean Hagan himself admitted that the second half wasn’t as impressive from a Leitrim point of view as Antrim dominated possession and charge forward but again, they were let down by their finishing.

Leitrim’s defence, inspired by an outstanding Paddy Maguire, was the bedrock of the success as they worked so incredibly hard to restrict Antrim and to make life for their forwards incredibly difficult, space and time on the ball a precious commodity.

But having said all that, it still took a small bit of luck and a great save from Cathal McCrann to deny Antrim two certain goals during the second half as sub Brian Nesson cracked a shot off the post and Conor Murray was denied by a flying McCrann save.

Players worked themselves to exhaustion in every sector and Antrim definitely had the legs on Leitrim in the closing stages but they couldn’t penetrate a defence where Paddy Maguire typified the commitment and honesty with a monumental display.

In fairness, it was hard not to pick out a Leitrim player who did not make some important contribution - some may have had spells where they were quiet or out of the game but the effort and commitment was first class.

The game did not end without controversy as Down referee Ciaran Brannigan capped of a frustrating and inconsistent display with two controversial decisions that cost Antrim two players.

The second red card for Conor Murray was equally astounding - Damien Moran clearly deliberately fouled an Antrim player in possession. As Murray went to retrieve the ball, he tangled with Gary Reynolds who was obstructing him. Murray’s arm did come up and catch Reynolds on the back of the head but, on the advice of the linesman, Murray received a straight red card with Leitrim’s Moran escaping any censure whatsoever.

Antrim were never going to get back into this game without a goal but it certainly left them incensed at the final whistle with the referee and his officials confronted by irate players and officials.

Leitrim opened the scoring from two placed balls but curiously, neither from Emlyn Mulligan. Ray Cox converted a free after a foul on Robbie Lowe before being denied a goal by a save from Antrim keeper Chris Kerr with Kevin Conlan converting the resulting fifty.

Paddy Cunningham responded with a fifty yard free as Antrim dominated the first ten minutes but hit some poor wides before Emlyn Mulligan converted a fifty on 12 minutes.

Paddy Kelly replied with a 50-yard Antrim free but a typical Leitrim move worked a great chance to Paul Brennan to loft the ball over the bar from the right corner on 15 minutes.

Leitrim almost goaled but after great work along the endline by Robbie Lowe, Kevin Conlan pulled his shot a little too much, dragging the ball inches wide of the near left hand post.

However, the lead continued to grow as Mulligan tapped over a free and then pointed from play after a quick free routine. A disjointed and disappointing Antrim tried to keep in touch with a Cunningham free but Kevin Conlan hooked the ball over his shoulder on 24 minutes.

Antrim continued to create chances, far more than the scoreline would suggest but misses were costing them badly and Leitrim really should have goaled when Aaron Hickey’s long range shot hit the post and dropped right into the hands of Tomas Beirne but the Eslin man blasted the ball over the bar on 30 minutes.

However, Leitrim and Beirne didn’t have long to way and while it came from a long ball, it was still slightly unexpected as Robbie Lowe drilled a blistering shot in from the right corner. With Beirne grappling with Martin Johnston on the edge of the square, the Leitrim full-forward somehow got a touch to the rocket of a ball, the ball hitting the far post and ending up in the net for a crucial goal.

That gave Leitrim a 1-8 to 0-3 halftime lead, a lead a clearly focussed Antrim set about reducing with sub Philip Maguire pointing after just 20 seconds. But Antrim were struggling to beat a massed Leitrim defence with Mulligan pointing a free on five minutes.

However, Antrim did make a big breakthrough on seven minutes when Tomas McCann’s fifty was punched by Niall McKeever, the ball hammering off a defender and the woodwork before falling back to McKeever to fist the ball to the net.

A rattled Leitrim almost conceded a second goal seven minutes later when sub Brian Neeson was put clear behind the Leitrim defence but his shot, with McCrann well beaten, hammered off the far post and rebounded well clear in a real let-off.

It proved a vital score as Antrim again cut through the centre of the Leitrim defence only for Conor Murray to see his shot brilliantly saved by Cathal McCrann, a save that probably ended up ensuring victory for Leitrim.

However, the final 15 minutes were not without nerves for Leitrim as they kicked a succession of wides, some bad and some unlucky with Tomas McCann and Emlyn Mulligan swapping frees.

The double dismissal in the closing minutes closed the door on whatever faint hopes Antrim had but they did add one final point from McCann to finish the scoring.

• See this week’s Leitrim Observer for more analysis and reaction from the victory over Antrim in Pairc Sean Mac Diarmada.