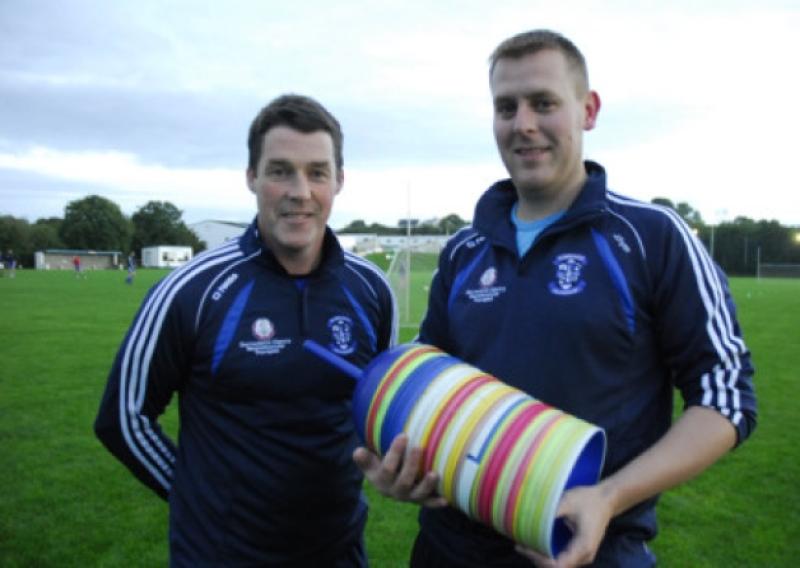 The Carrick men may be regarded as favourites in some quarters but Tom believes that St. Mary’s cannot afford to perform at anything less than their best to overcome the Mohill men.

“We’ll put in the work, we have done all year but we can’t take our eye off Mohill. We have to be prepared for them mentally as well as physically, we are not to take them lightly.”

Tom sounds like an admirer of the Mohill men when asked to assess their strengths - “I think their movement and their pace when they are coming through the middle, the movement of Shane Quinn, the speed of John Mulligan and John McGuinness, Alan McLoughlin and his pace and finishing power.

“Danny Beck drives them forward as well, he has got a lot of know how, whatever line he is in, he commands it but their movement and their speed is something we are very aware of. The pace of Mohill might trouble us, we might have a bit more power but as far as I’m concerned, it is there for the taking for whoever turns up on the day.

“I see Mohill with the very same thing, they have the McGuinnesses in a couple of lines, they have Ciaran Kennedy, Ronan Gallagher and they have experience on the line. They are blending well with the type of young lads they have. They just have a good age profile, maybe we have a few a little older but their county championship potential is there. I think for us, there are a couple of lads with last chance stuff there so we won’t want to let that pass.”

As for St. Mary’s strengths, Tom says “We have a very good defensive unit and hopefully, we’ll be able to snuff out Mohill. Ball winning ability in the middle of the field is a big thing for us and Robbie upfront for us is the guy who is leading the line, he has been doing it for the county, he is doing it for us at the moment and we have to hope that he can turn up and reproduce some of the stuff again.”

Pressed for a prediction, Tom said “We have to be confident but we’re not taking away from Mohill. We feel they are the team to beat and if we don’t bring our A game, Mohill are going to take it away from us and we can’t let that happen.”