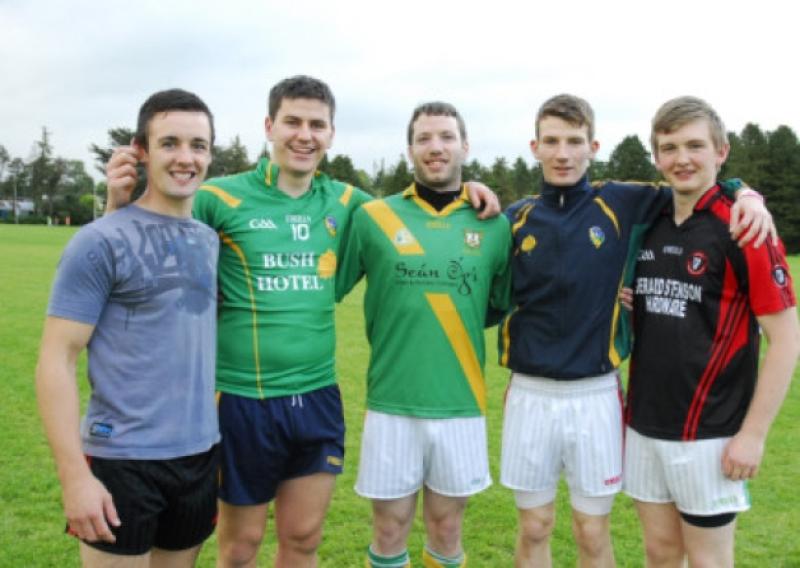 It might not be the pairing that many would have predicted at the start of the year but next Sunday’s County Final is a truly fascintating contest.

It might not be the pairing that many would have predicted at the start of the year but next Sunday’s County Final is a truly fascintating contest.

On first glance, it comes down to the physical power and experience of a St. Mary’s side against the vibrant youth and pace of Mohill but Sunday’s Connacht Gold sponsored Senior Final (3.30 throw-in) won’t simply be button-holed so easily.

Most neutrals point to St. Mary’s physical strength and experience of the likes of Daniel Lowe, Clement Cunniffe and Jimmy Guckian but it is easy to forget just how rejuvenated the Carrick men have been thanks to the influx of young players like Conor Farrell, Jack De Lacy, Joe O’Rourke & Conor McWeeney.

And Mohill are simply not young lads like Shane Quinn, John Mulligan, Alan McLoughlin, Eanna Madden or Caillin Canning running around like Usain Bolt - there is a seam of rich experience and physical power present in the Mohill line-up to rival what St. Mary’s possess.

Ronan Gallagher’s strength in the middle of the park, the experience of Michael McGuinness and Ciaran Kennedy in defence and the power and know-how of John McGuinness, Padraig Tighe, Colm Beirne and super-sub Ronan Kennedy has been over-looked by many.

What is certain is that both teams are more alike than you would first think but it is also true to say that in the simple images of both teams, there is more than a grain of truth.

St. Mary’s immense physical power in the middle sector of the field has been their bed-rock this year and Mohill will have to counter the influence of Lowe, Cunniffe, Guckian, McWeeney and Farrell in the middle of the field.

And Mary’s will have to counter the speed of Shane Quinn’s runs from deep, John Mulligan’s ability to get out and win possession and Alan McLoughlin’s gift of ghosting into just the right position at the right time.

St. Mary’s might have an edge in experience after appearing in two finals in 2010/2011 but they were also losing experiences and that may carry its own baggage.

Mohill lack the experience but they won’t carry the pressure that St. Mary’s face and that could prove just as important in the long run. When Mohill hit form, they are like a tornado and sweep all before them but their problem has been sustaining that blistering form for longer spells during games.

St. Mary’s are that bit more consistent, a bit steadier and the boost of coming through two ferociously tough and testing games against Melvin Gaels is immeasureable.

Contests between these two teams are notoriously tight but you get the feeling that St. Mary’s may just have enough to carry the day.