Young blood has made difference to St. Mary’s says Clement 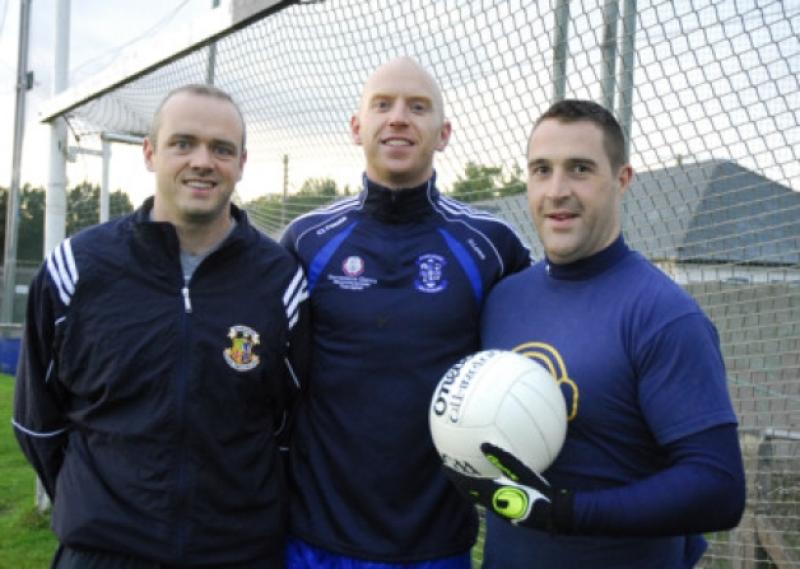 Everyone may be talking about Mohill’s young team but St. Mary’s Clement Cunniffe is highlighting the impact young players have made on the Carrick men this year.

Everyone may be talking about Mohill’s young team but St. Mary’s Clement Cunniffe is highlighting the impact young players have made on the Carrick men this year.

Asked about the impact the young players have made on St. Mary’s said “The likes of Jack de Lacy, Nicholas McWeeney, Joe O’Rourke, you can’t name them all but they are 75% of the team, fit men, strong and they’re not afraid to get stuck in and they are all great footballers.”

Known as one of the best hurlers the county has ever produced, Clement has been a keystone of St. Mary’s Senior teams even if he has to be told he is facing into his sixth final next Sunday - “I don’t know, I’m not counting them, it probably is. It is my sixth so, they go by fairly quick.

“2003 was my first one and you’re looking forward and you think you’ll have a good few of them but time catches up, there are young lads pushing through and coming on slowly you are losing lads every year and it is a whole new team now.”

St. Mary’s consistency over the last ten years has been impressive despite the scourge of emigration - “We’ve been fairly consistent but you have to think about the guys we’ve lost to Australia, James McGrail, David Tiernan, Barry Butler and there are other lads as well. We’re always consistent but we are always trying to push through and get over the last hurdle.”

Asked to assess Mohill’s strengths, Clement says “Down the middle, there is experience and down the wings there are fast skillkful footballers.”

And his own team - “Our six backs, there has been a lot of jigging going around but Conor Farrell has settled in well and you have Jonny Cass in the corner is in charge of the backs and hopefully, they will be able to stamp their authority on the game. We have good forwards, nice footballers and if they get a good supply of ball, they’ll do damage.”

Neither does Clement see the memory of 2006 playing any part in the final - “Two very different teams, two different managers, different pitch, different circumstances altogether, there is no baggage from that game at all. Most people are saying it is going to be a wide open, clean game of football and hopefully, we will come out at the right end of it.”

Asked if he is confident ahead of the final, Clement says “You are always confident, Mohill are going to be confident too. They have been good rivals down through the years, underage they have always had fabulous teams.

“Definitely confident with the bunch of lads we have but no more than confident.”