Strength of panel is key for Leitrim’s Aaron Hickey 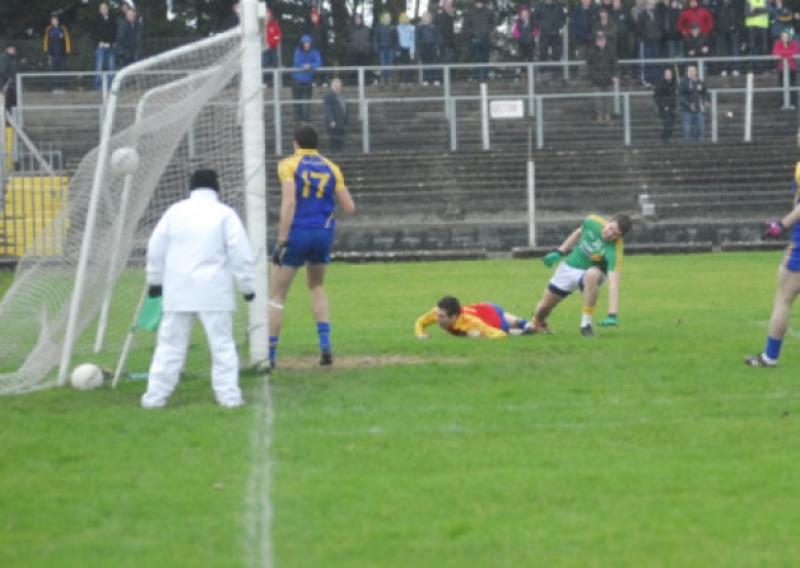 In his first month as an inter-county footballer Aaron Hickey already has a medal that many who soldiered for years for Leitrim never saw.

In his first month as an inter-county footballer Aaron Hickey already has a medal that many who soldiered for years for Leitrim never saw.

Aaron played a key role in midfield for Leitrim and in the early stages of the game, when playing into what felt like a hurricane, the Glencar/Manor man was on hand to score a crucial goal.

Reflecting on that vital score, Aaron said, “I was hoping Ray (Cox) would score it to save the pressure from me but it was a good save.

“You have to anticipate and I reacted and luckily enough I got on it and I finished. I don’t mind if I don’t score, as long as we get the result I’m happy.”

The emphasis on the collective rather than the individual was emphasised by many immediately after Sunday’s game and that was how Aaron analysed the game as well.

“I’m enjoying every minute of it, I’m giving it my all and that’s all I can do. It’s a panel, and we’re all pushing each other and going in the right direction and everyone is fighting for places which is what we want. You’re never safe of your place.”

With the celebrations halted almost as soon as the players left the pitch, attention was turning to next Sunday’s league game against Antrim when Aaron spoke outside the Pairc Sean dressing room.

“It’s a stepping stone towards it but we can’t get carried away either. If we bring the heart and desire that we brought today we won’t be far off getting promoted so hopefully next week we can push on and bring us on another level again, we just have to keep improving.

“Sean and Christy and Aidan are bringing a new level to us. They believe in us and we’re starting to believe in ourselves. Hopefully now we can push on because our main aim is promotion from Division 4.”