Higgins wants young Mohill to make most of Final chance 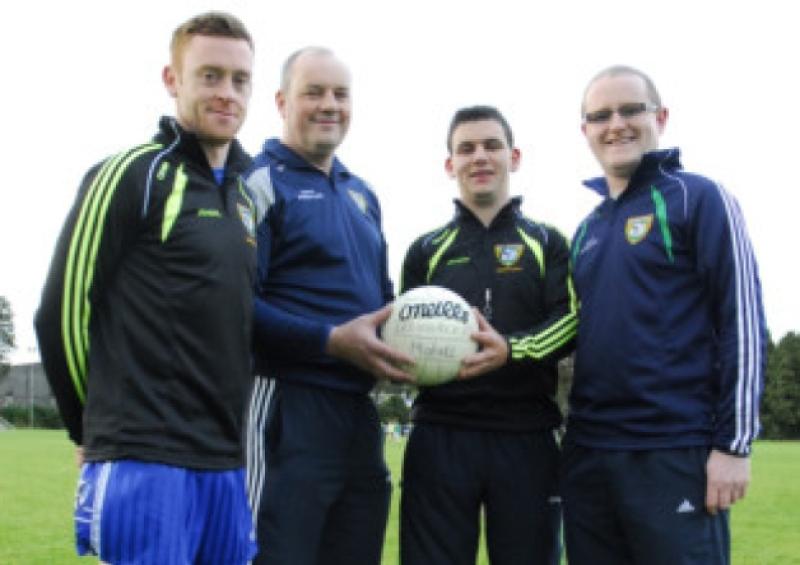 Taking your chance is the message joint manager Liam Higgins will be preaching to his young Mohill team ahead of next Sunday’s County Final.

Taking your chance is the message joint manager Liam Higgins will be preaching to his young Mohill team ahead of next Sunday’s County Final.

Mohill’s impressive march to the Final has caught the eye of many in the county but Liam points to the fact that it is seven years since Mohill won the Fenagh Cup as proof that you have to take your chances when you can.

“It is seven years since we were in the final,” said Liam, “and it shows you that when you are there, you have to make the most of it, there are no guarantees. There have been great players down through the years but they just didn’t make the breakthrough. When you get the chance, you just have to avail of it because you don’t know when you will get another.”

Liam sees both teams as being similar in make-up - “I think there is a lot of similarities in both teams. They have a blend of youth and experience and they have strength all over and we don’t underestimate it.

“It is going to be a massive challenge but I think it has the makings of a great game, I think it will be very open and I think it could make a very good County Final.”

And the Mohill joint manager is definitely not underestimating the physical power St. Mary’s can bring to the contest - “We’re under no illusions, it is going to be very physical around the middle .

Liam highlights the mix of youth and experience in the Mohill camp - “We have a nice mix, seven U-21 players started the last day, seven who played in 2006 so we have a balance of young and experience, we have very skillful players. The camp is very tight and very strong and I think we’re very fit, very focussed.

“The older lads are a great help to the younger lads and right through the year, they’ve been bringing them along and they are still relatively young and are showing great leadership over the year.”

And Liam believes that Mohill have yet to hit top form - “To be honest, we don’t feel that we have performed to the best of our ability, we’re getting over the line which is a good sign. We’re battling hard and we’re working hard, it is coming through in the games but I think that is a good way going into a final.”

As for a verdict on Sunday’s Final, Liam said “I suppose there a little bit more pressure with it being a final and we have to keep the boys focussed for it. I’d be confident that if we perform on the day, we’re in with a massive a chance. We’re happy to be there but it is no good to be there unless you perform on the day.”