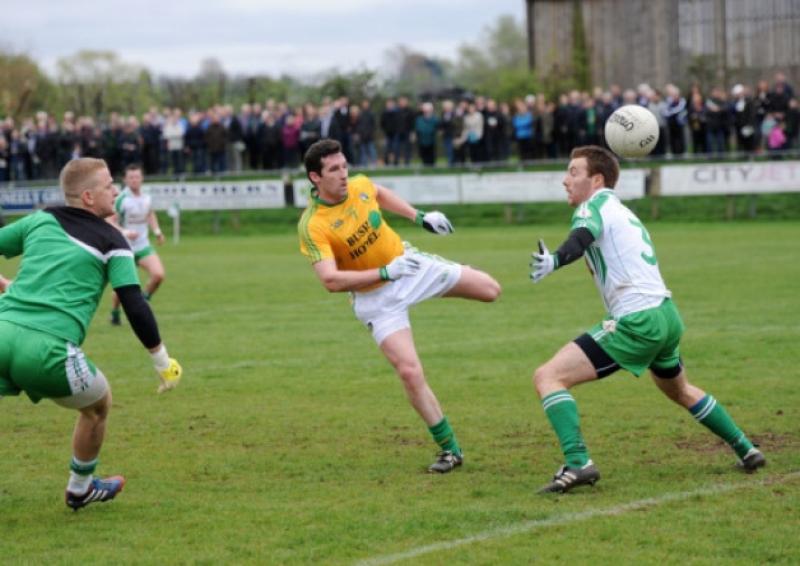 Leitrim’s final Allianz League game of 2014 is one that won’t live long in the memory but it could prove to be an important one as focus turns to next month’s derby with Roscommon.

Leitrim’s final Allianz League game of 2014 is one that won’t live long in the memory but it could prove to be an important one as focus turns to next month’s derby with Roscommon.

Sometimes a team can learn more about themselves in defeat than victory and Leitrim travelled to Ruislip on the back of two of the most demoralising losses they’ve suffered in recent years.

Manager Sean Hagan will be have been relatively pleased with what he witnessed in the English capital. Leitrim recovered from a sluggish start to dominate for long spells and but for an off day in front of goal their margin of victory would have been much more comprehensive.

Instead, two purple patches ensured Leitrim would sign off their Division Four campaign with a victory. Robert Lowe and Wayne McKeon netted in quick succession midway through the first period to put the visitors in front for the first time, and three points in four second-half minutes secured the win.

The fact Leitrim created so many scoring chances was down to the sterling work around midfield by Wayne McKeon and Darren Sweeney. They were excellent in the air with the Leitrim half-backs and half-forwards quick to react to any breaking ball.

Lowe bagged a deserved goal after living off scraps all day while Alan Wynne looked solid at corner-back on his return to the starting line-up.

Leitrim played into the face of a gale during the opening half and it wasn’t until the midway point that they began to settle. But by that stage they were five points in arrears.

Just four minutes had passed when Joe Feeney easily beat his marker before passing across goal to Greg Crowley who beat Philip Farrelly to the punch to register his second goal in as many games against Leitrim.

The physical presence of Armagh native Feeney was causing serious problems, and the loss of Ciaran Egan after just eight minutes to a recurrence of a knee injury didn’t help matters.

Feeney extended London’s lead with a brace of points, the second of which was a wonderful curling effort from the left wing but Ray Cox replied immediately for Leitrim in their first moment of real quality.

Leitrim were lording it in the possession stakes but that was negated by a lack of end product, with their full-forward line cutting frustrated figures as their teammates struggled to bring them into the game.

However, Leitrim’s spirits were lifted on 20 minutes when Lowe grabbed their opening goal. Emlyn Mulligan’s free was held up by the wind and dropped into the area, where the St Mary’s man was on hand to palm the ball past Adrian Faherty.

And Leitrim scored a second maximum just a minute later. They claimed the kickout and McKeon raced towards goal, playing a one-two with Cox before punching the ball home.

London responded positively to that double setback, with Faherty converting a free and sub Sean Kelly moving them back in front after Feeney got the better of Paddy Maguire.

McKeon replied for Leitrim with a well-worked point but they were fortunate to not concede a second goal late in the half when Lloyd Colfer was played through on goal who fisted the ball over the bar, giving the Exiles a 1-6 to 2-2 lead at the interval.

Former Galway goalkeeper Faherty doubled London’s lead after the restart with his second free ofbut that would be the hosts’ final score.

Not that Leitrim fared much better, going 19 turgid minutes without troubling the scoreboard. They hit six wides in a row before Mulligan ended their barren run with a free. Mulligan was closely marked throughout by the excellent Philip Butler, which limited his influence.

Undeterred, Leitrim kept the squeeze on their opponents and were rewarded with a three-point scoring burst. Scores from substitute Ronan Gallagher, Sweeney and a second Mulligan free put Leitrim back in front as their opponents tired. Further chances were squandered in the closing stages but by that stage the result was never in doubt.

After the highs hit during the first four rounds of the National League, a fourth place finish is somewhat underwhelming for Leitrim. But the main positive to take from Ruislip is that they are back to winning ways. It sure wasn’t pretty, but it’s a start.