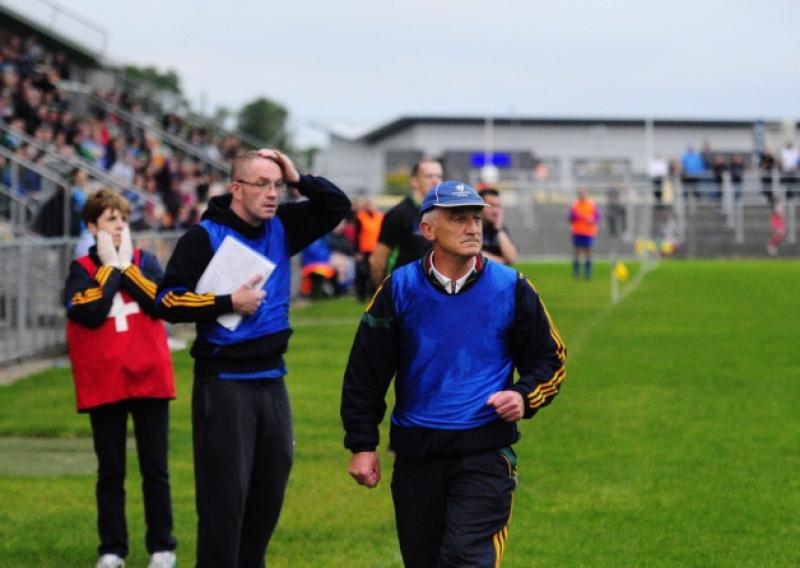 Trailing by four points at the break and with St Joseph’s enjoying the majority of possession, Seamus admits his team would have grasped at the opportunity to take the game to a replay at several times through out the tie.

He conceded: “At half-time we certainly would have taken the draw and although we went three points ahead in the second half and looked like we could have knocked on a few more scores but we didn’t, and St Joseph’s came back strong so relieved would probably be the best way to describe how I felt after the game.”

Mullen praised his players’ work ethic at the full-time whistle, having overseen an impressive comeback early in the second half. He said: “They (St Joseph’s) are a very strong running team and they hit the ground running early on and we didn’t. But great credit to my girls, we defended stoutly even though we may have played poorly early on so all in, we dug in and that just got us a draw at the end thankfully.”

Looking forward to the replay on the first Saturday of October, Mullen says his squad has plenty to prove. “We have two weeks to have another crack at a county final. Some of our girls may feel that they didn’t do themselves justice but as a team and a panel we have a good account of ourselves.

“We go back to training later this week with the advantage and experience of having played Joseph’s and we will go about setting ourselves up in such a way as to win the replay.”