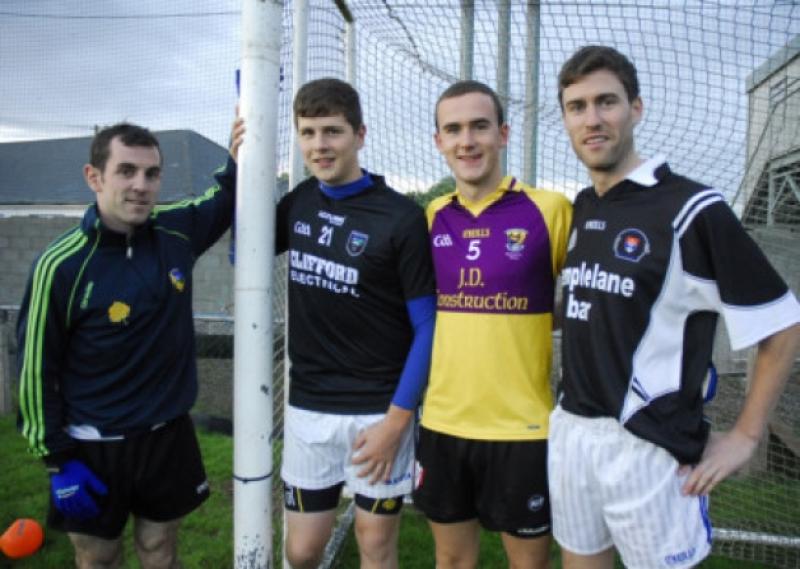 Looking forward to Sunday’s County Final, James admitted that St. Mary’s are taking nothing for granted against an eager Mohill - “Good to be back in it again and after a few hairy games against Melvin Gaels. We know what we’re up against and we probably haven’t played a team of the quality of Mohill yet this year.”

The clashes against the Gaels also lifted St. Mary’s self-belief - “It was brilliant for team morale to get through those games, probably not playing 100%, to hold on for the draw in the first game and to come back from four points down and win, the two tough games stood to us.”

While his reflections on the 2006 Final are elsewhere on this page, James does not believe the past will have any bearing on the 2013 Final - “It is definitely a new St. Mary’s team and from looking at the semi-final the last day, they have half a new team as well. Unfortunately over the last few years, we’ve found it tough to get over Mohill and last year was our first time to beat them in I don’t know how long.

“All we’re focussing on is to win it, it doesn’t matter who is in it, it is the county final. They are all good footballers as well, they all need watching. We know from playing with the few lads in the Leitrim set-up, Ronan and Danny, Michael and John, they are all good footballers, well able to move with it, dangerous if you give them a chance.”

Neither does James believe that St. Mary’s have unfinished business after losing in their last two final appearances - “Unfinished business aren’t the words but we do feel that we didn’t do ourselves justice the last couple of years.

“I don’t know whether we would have been good enough had we played to our full potential either. At least we have a chance to go out and do it.”

As for a prediction, James says “You have to be confident but at the end of the day, we know what we are up against. We know if we don’t perform 100%, we can throw our hats at it, we have to be at our best to have any chance of getting over Mohill.”