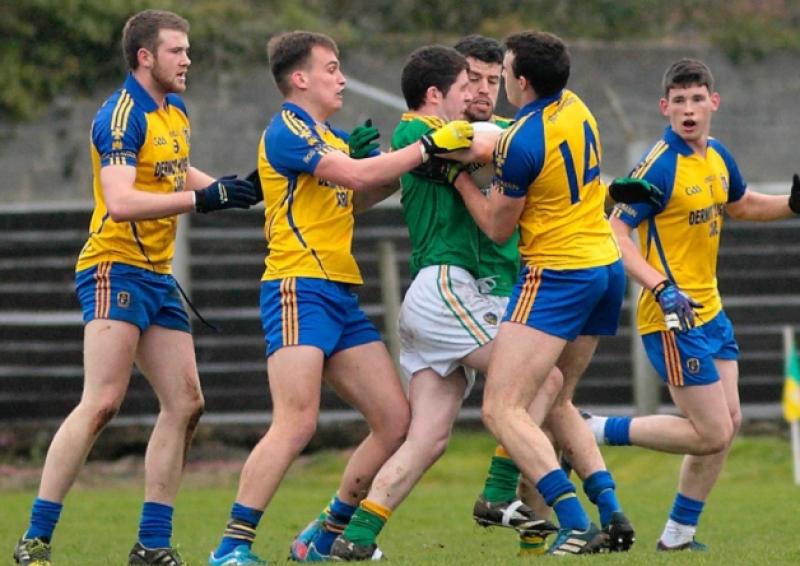 Leitrim dreams of a third ever Connacht U21 title ended in heavy defeat last Saturday as an impressive Roscommon dominated from start to finish.

Leitrim dreams of a third ever Connacht U21 title ended in heavy defeat last Saturday as an impressive Roscommon dominated from start to finish.

A packed Pairc Sean Mac Diarmada saw Roscommon justifiy their pre-match favourites tag as they ran out 0-19 to 1-3 winners with Boyle’s Enda Smith picking up the Man of the Match award with six points from play.

Shane Ward’s Leitrim side were in trouble very early as hit five unanswered points in the first six minutes before an Alan McLoughlin wonder goal briefly gave Leitrim hope before Nigel Dineen’s side ruthlessly killed it off, holding Leitrim to just one point in the second half.

And Leitrim manager Shane Ward admitted the great start enjoyed by the Rossies was a key factor - “Roscommon had a great start in fairness, they came out and they gave it all for the first 20 minutes and they didn’t let us settle into the game at all.

“They didn’t give us any chance to build any momentum and any time we got a score, they came back and answered our score straight away which is hard in a final because you always want to get settled into a game after ten or 12 minutes and they just didn’t let us do that today.

“It is no reflection on the boys, Roscommon are a super team, super outfit and they had their homework well done.”

Leitrim’s goal briefly raised hopes but Shane agreed that Roscommon had answered the goal in style - “We should have maybe pushed on after that and tagged on a couple of scores to make it a bit easier for the second half but that didn’t happen and Roscommon upped the ante in the second half and we just couldn’t match it today.”