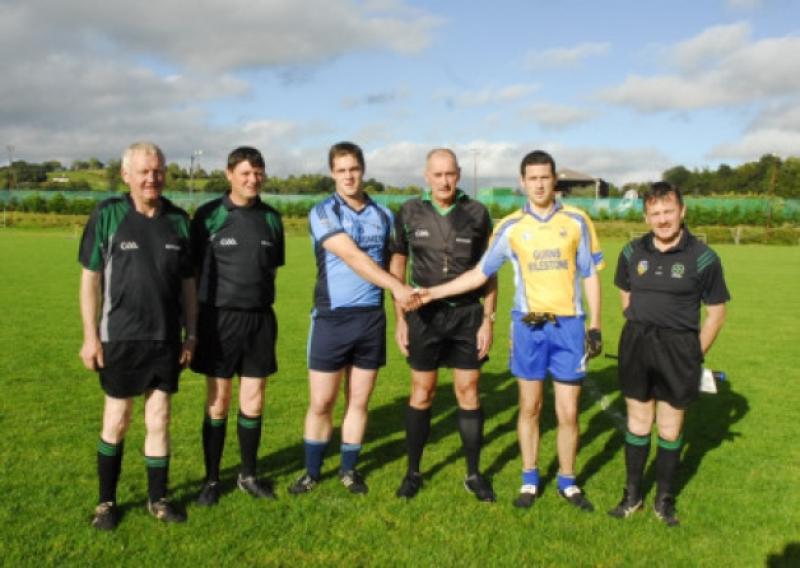 “The Senior didn’t go our way this year unfortunately,” said Michael who shared the captaincy with his brother David, “but when you have a panel as strong as this, driving the whole club forward, it can only do good for the Seniors and force everyone to keep their standards up.

“There are young guys playing on the second team and they are hungry to play senior football and they are going to have the bit between their teeth for next year and that can only mean good things for the club.”

The Intermediate title was a first medal at that grade for Michael who has won Senior Hurling and Football honours but he values last Saturday’s Intermediate medal just as much as his Senior ones - “First Intermediate medal and I must say it is as sweet as all the Senior ones and to win it by beating Ballinamore, Glenfarne and Eslin, three really good first team with top class players, there is immense satisfaction in that.”

Michael also praised Glencar/Manor’s ability to keep going until the finish as he said “We are thrilled, I suppose a game like that, when you think it is slipping away from you in the last ten minutes. Eslin came on very strong, really stuck it to us in the second half, a fantastic performance from Conor Beirne but we managed to stay with them and grind our way back into the game and we stayed calm.

“And James scored a fantastic goal, I think it was a goal worthy of winning any match. From there, we managed to hold onto the end and it is a fantastic end.

“In the replay of the semi-final, we were six points down to Glenfarne and we managed to get back and scrape over the line. I think it is a measure of the character of the team that we don’t panic, we continue to grind it out and we showed great mental strength to get across the line in the end.”

And like his team-mates, Michael was full of praise for Conor Beirne’s performance - “What can you say, he is a fantastic footballer. We knew Eslin are a good all-round team but with Conor and Tomas in the middle of the team, they were the focal points. We had a bit of work done trying to contain them and we did to a degree but class always tells, thank God we kept out that last shot.”