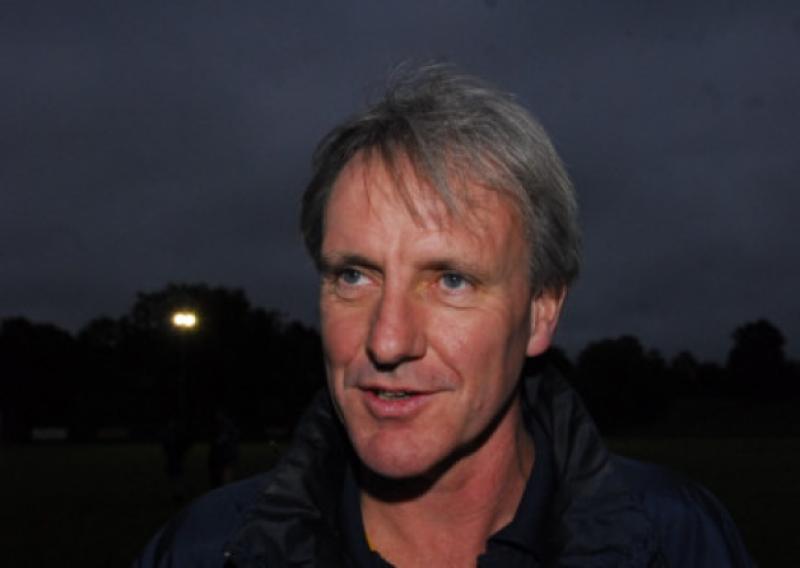 A bitterly disappointed Eslin manager Sean Logan pin-pointed a poor first half display and a failure to take the right options in the closing minutes as key to their loss last Saturday.

A bitterly disappointed Eslin manager Sean Logan pin-pointed a poor first half display and a failure to take the right options in the closing minutes as key to their loss last Saturday.

Asked for his reaction after the match, Sean said “Very disappointing, I can’t say a lot more than that. We didn’t show up in the first half, we had too much work to do in the second half. I’d say we had better performances.”

Eslin put a poor first half behind them to lead by three points at one stage but Sean felt that his team should have held out - “We played enough in the second half to hold onto it. We should have closed it out, we didn’t. We know Manorhamilton are good at coming back, they never say die as they showed in the semi-final.

“I thought we had learned from Glenfarne’s loss but obviously we didn’t work hard enough.”

Asked if he felt that Eslin had one hand one the Cup, Sean said “Maybe that was the problem, maybe we thought we had one hand on the Cup. We didn’t work hard enough. At halftime, we said we weren’t leaving this behind us and we didn’t leave it behind us up to the last three minutes and I don’t know, we fell asunder.

“We should have nailed a ball down here, there was one opportunity to go four up and we didn’t go four up. It was a turning point in it own right. You learn by your mistakes but it is a hard one to take.”

Goal-scorer James Rooney also pointed to Glencar/Manor’s self-belief as he joked “I’ve been telling them all year if they put me up in the forwards, I’ll do the business. Ah no, it was unreal, the ball just came to me and I said last minute of the game, why not. It was lucky it went in, it could have cracked off the crossbar and I’d have been the villan but lucky enough, I got the goal.

“That is just the Manorhamilton ethos, we just keep on going, we’re never beaten, we keep going to the final whistle.”