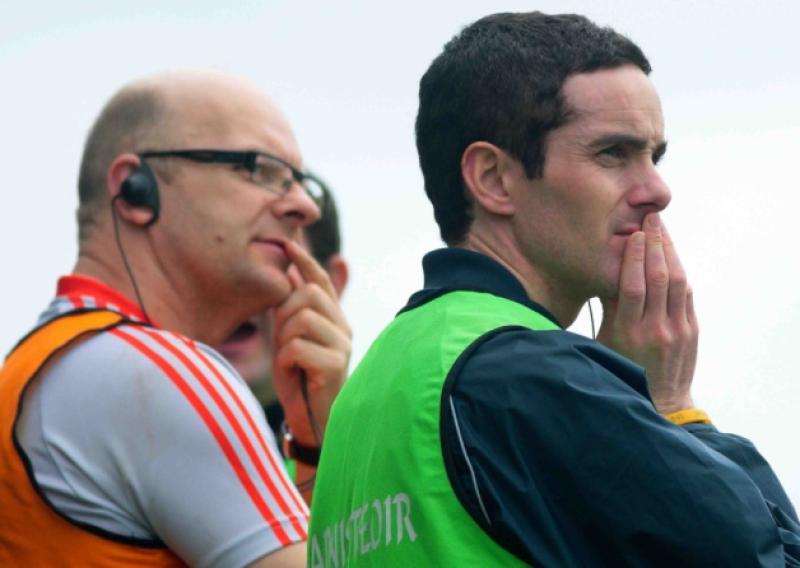 Roscommon’s impressive desire was crucial according to Leitrim manager Shane Ward after he saw his side suffer a 13 point drubbing last Saturday.

Roscommon’s impressive desire was crucial according to Leitrim manager Shane Ward after he saw his side suffer a 13 point drubbing last Saturday.

Asked if Leitrim’s victory over Galway had put Roscommon on their guard last Saturday in Pairc Sean, Shane said “I suppose it was a word of warning to them that we had a bit about us, that we were working hard all season.

“Every team prepares the same, every team goes out with the same aim to win the game and today Roscommon definitely wanted it most, they didn’t give us much time to breathe out there, they deserved their victory.

“Sean Hagan was here and I’m sure he is looking at five or six of our men, if not more, to bring into the Senior squad at the end of this year or definitely with a view to next year.

Referring to Leitrim’s goal, Shane said “It was a wonder goal, Alan was excellent all day inside and so too were many players on the field, Shane Quinn was excllent, Felim McHugh was excellent, Donal Wrynn was excellent, Niall Woods, Eanna Madden, they’re a great bunch of lads, I can’t say enough about them.”

As for his own future, Shane said “We’ll see how it goes, we’ll see how things pan out. As long as they don’t start training Monday evening but we’ll have to see how that goes.”