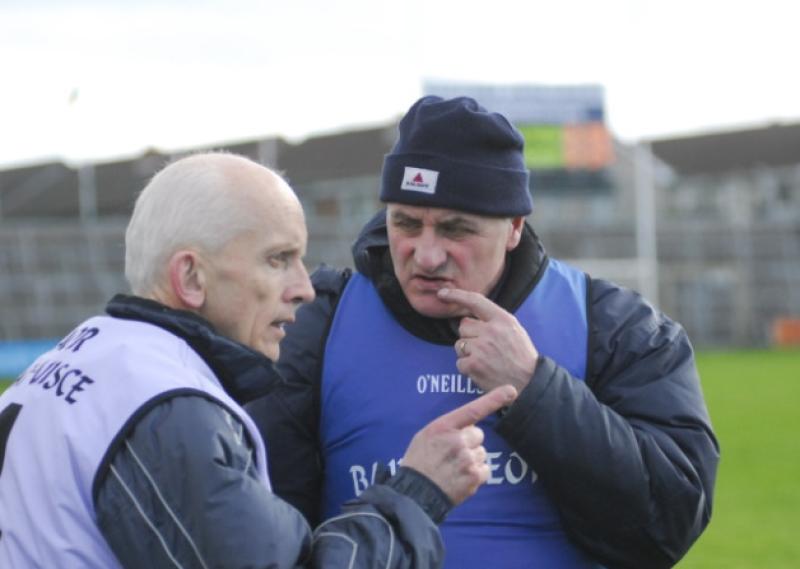 A visibly shattered Martin Cunniffe struggled to put words to the despair felt by Leitrim’s players after their heart-breaking loss to Tyrone in Markievicz Park.

A visibly shattered Martin Cunniffe struggled to put words to the despair felt by Leitrim’s players after their heart-breaking loss to Tyrone in Markievicz Park.

Asked by the Observer his reaction to the dramatic injury time Tyrone free from inside the opposition half that snatched victory, Martin said “Very disappointed, very very disappointed. We came to win and it just didn’t come off, so near and yet so far but fair play to the lads, they gave it their all out there.

“The backs played their hearts out, they gave it their all, it is just that we needed one bit of a break above and it didn’t come. One score would have turned it for us. We have to keep the heads up and move on.”

And the Leitrim manager was incredibly proud of the effort and heart display by the Green & Gold hurlers - “Halftime, we were two points up and to come out against the breeze, the lads gave it 100%, they gave it all. I’m proud of them and their day will come surely.”

Martin pin-pointed James Glancy’s goal just 30 seconds into the second half as a crucial score but admitted the free-taking of Tyrone captain Damien Casey proved to be the difference in the final analysis.

“It (James Glancy’s goal) put us back in the frame in a big way and we thought after the goal, we’d go all the way but a free or two went against us and that was it.

“We’d have gone for extra time there at the end when that free was up but with the wind behind him, he had a great chance. It was fifty-fifty but it sailed over the bar.”

Despite his disappointment, Martin is aiming for Lory Meagher glory - “We going to give it a shot again, Fermanagh is our first game in it, we’ll give it a go. We’d be expecting to get to the final in the Lory Meagher.”