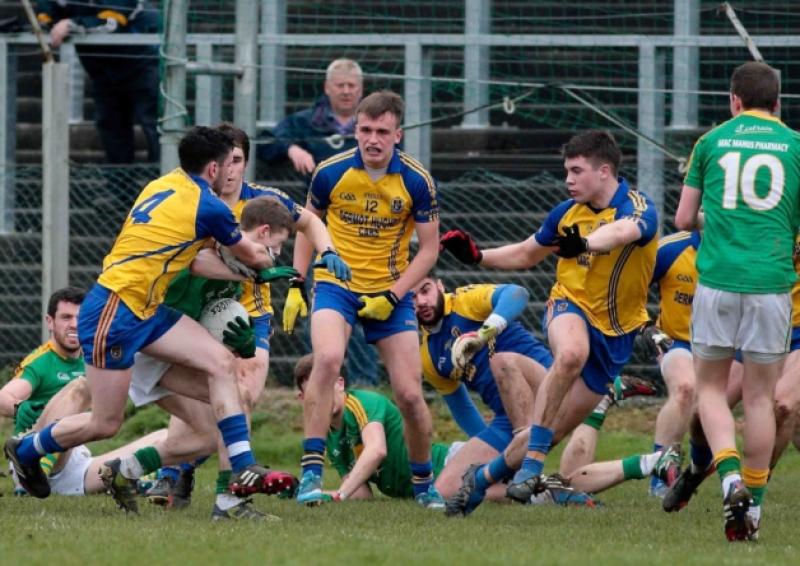 A delighted Nigel Dineen insisted his Roscommon team had given Leitrim the height of respect before last Saturday’s U21 Final.

A delighted Nigel Dineen insisted his Roscommon team had given Leitrim the height of respect before last Saturday’s U21 Final.

“I’m absolutely happy with the performance,” said Nigel after the celebrations had died down in Pairc Sean Mac Diarmada, “We were respectful of Leitrim because when you beat the All-Ireland champions, you have to have some quality and I think Shane Ward has done a massive job with the Leitrim guys, bringing them here to the final.”

And Nigel admitted that Roscommon had targeted a fast start to upset Leitrim - “We got our own scare against Sligo so we were worried, there is no doubt about that.

“We were worried about coming down here today especially after Leitrim had disposed of Galway so it was something that we targeted, the first ten minutes of the game, to get the intensity up and come out well.

“It was all about moving the ball quickly and playing at pace but then again, after ten or 12 minutes, it was six points to 1-1 so they were well back in the game after getting that goal and we were well worried again. There was a strong breeze out there that we were worried about but it died down for the second half.”

Dineen also paid tribute to his squad’s character and the way they responded to set-backs including Leitrim’s goal - “That was very, very important because the momentum was going against us and we got the momentum back with three scores before halftime.

“Overall, that was our goal for the year, to win a provincial final. And when you see the likes of Fintan Kelly coming off after eight or nine minutes and Donie Smith getting a black card early on, that is the sort of depth we have in our squad and we’re delighted with it.”