May date for Roscommon game as Williams confirms switch back 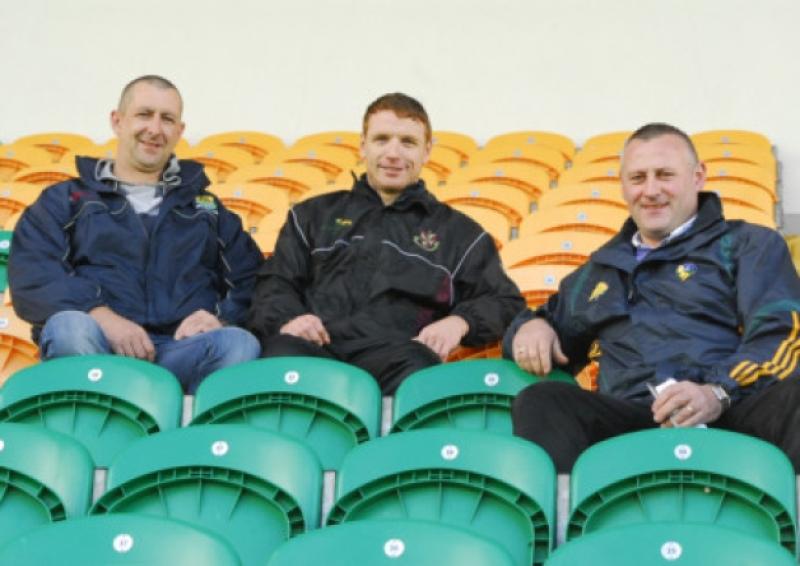 Sean Hagan’s first championship game in charge of Leitrim will take place on Sunday, May 18, after the GAA last week released the 2014 Master Fixture Plan.

Sean Hagan’s first championship game in charge of Leitrim will take place on Sunday, May 18, after the GAA last week released the 2014 Master Fixture Plan.

The Green & Gold’s Connacht Senior Championship clash with neighbours and fierce rivals Roscommon will take place in Hyde Park on Sunday, May 18, with the winners having just a three week break before facing the winners of the Mayo and New York Semi-Final on Sunday, June 8.

The early start date means it is unlikely there will be a May start to next year’s Club championship as happened in 2013 but with the new system for the All-Ireland Qualifiers, County Board officials may have greater scope for fitting in club games throughout the Summer months.

Under the new system, Leitrim have been designated on the “B” side of the All-Ireland Championship and the first round of the Qualifiers for the B group has been fixed for Saturday, June 28.

Leitrim open 2014 with the defence of their FBD League title when they host Galway Mayo Institute of Technology on Sunday, January 5, while their first Allianz League Division 4 clash will see them host Antrim on Sunday, February 2, in Pairc Sean Mac Diarmada.

Leitrim will also have home games against Carlow (March 2) and Tipperary (March 30) and away games to Clare (February 9), Wicklow (March 9), Waterford (March 15), the game against the Deise fixed on the Saturday of the St. Patrick’s weekend.

No dates have yet been released for Connacht U21 Championship and Connacht Minor League or Championship fixtures but they are expected shortly, although the draws have been made.

The full list of available Leitrim county fixtures is available on pages 71 of this week’s Leitrim Observer.

New Leitrim manager Sean Hagan will have to plan without the services of Enda Williams after it was revealed last Friday that the Clonguish clubman had transferred back to his native county after two championship campaigns with Leitrim.

Williams, who joined the Green & Gold in 2011 under the parentage rule, will join new Longford boss Jack Sheedy for the new campaign, further weakening Sean Hagan’s hand ahead of the new season.

The Leitrim Observer also understands that Melvin Gaels pair Brendan Brennan & Fabian McMorrow and Glencar/Manorhamilton duo Adrian Croal and Brian McDonald may not also be available to the new manager for the 2014 campaign.