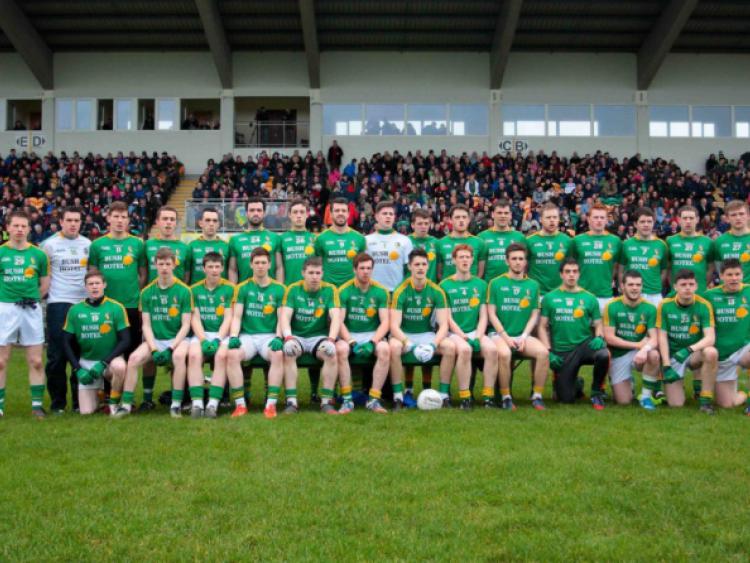 After the euphoria that engulfed Pairc Sean when Leitrim beat Galway, last Saturday was a more sombre affair for the green and gold.

After the euphoria that engulfed Pairc Sean when Leitrim beat Galway, last Saturday was a more sombre affair for the green and gold.

The history books and the bookies suggested Roscommon would have the upper hand in last Saturday’s Connacht Final but the hope and belief in the underdog suggested Leitrim had a chance of a truly memorable victory.

Roscommon were on a mission for their third Connacht title in five years, Leitrim on the other hand were in search of their third ever title having previously claimed Connacht glory in 1977 and 1991.

Leitrim’s semi-final victory over reigning All-Ireland champions Galway suggested a third Connacht title was a real possibility but it was clear that if it was to be Leitrim’s day, not only would they have to match the performance they produced against Galway, they would have to better it.

Ultimately, that was a task the Leitrim players were unable to complete, largely due to the fact Roscommon were well versed in the threat offered by Leitrim and began the game with an intensity Leitrim simply could not match.

That early intensity saw Roscommon race into a big lead and before the home support were able to savour the occasion of a Leitrim team competing in a Connacht Final in Pairc Sean MacDiarmada, it was already looking like a forgone conclusion.

Against Galway the Leitrim players worked as a unit, dropping deep and defending in numbers. The Galway forwards were invited to shoot unchallenged from outside the 45 but when they got closer the Leitrim resistance was almost impenetrable.

The hope was that Leitrim could implement a similar gameplan again but it was clear from early on that Roscommon were ready for Leitrim and attacked with conviction and aggression straight from the throw-in.

Some will argue the defeat suggests Galway were below par in the Connacht semi-final and while the Tribsemen may feel disappointed with that display against Leitrim, it is equally true to suggest Leitrim didn’t reach the standards they set in the semi-final when they came face to face with Roscommon.

That is not meant to distract in the slightest from Roscommon’s victory, nobody could argue they were anything other than excellent on the day and thoroughly deserved their victory.

The opening minutes were a real signal of intent from Roscommon who fought tigerishly for every ball, evidently determined to impose themselves on the game as quickly as possible. A Mark Nally point and two apiece from brothers Enda and Donie Smith gave the Rossies a commanding lead before Leitrim were handed a lifeline when Donie was issued with a black card with the game just seven minutes old.

Although Niall Brady opened Leitrim’s account when he converted a free, Roscommon were still very much the dominant force.

Ciaran Kilcline and Enda Smith extended the visitors lead before the one moment the Leitrim supporters will be able to remember fondly. Alan McLoughlin appeared to have little options other than to slot the ball over the bar but he caught his shot from 30 yards absolutely perfectly. The shot carried tremendous power and swerved away from the despairing dive of goalkeeper Colm Lavin before dipping under the crossbar.

Pairc Sean was suddenly rocking as a goal, that not many will better anywhere this year, had brought Leitrim to within three points. However, the Roscommon players, as well as being skilful and hard tackling also showed their resolve as they fought back and extended their lead once more.

Points from Thomas Corcoran (45 and free), Diarmuid Murtagh and Michael Gunning were matched only by an Alan McLoughlin free meaning Roscommon had a commanding 0-11 to 1-2 lead at the break.

From a Leitrim point of view the only realistic hope was that if Roscommon adopted an air of complacency but it was obvious they had their scare in the semi-final win over Sligo and they were ruthless until the very end.

Two Diarmuid Murtagh frees at the start of the second half crushed Leitrim hopes a little more before Niall Brady replied with a converted free.

However, that was to be Leitrim’s final score of the game as Roscommon dominated the remainder of the game without ever needing to get into top gear.