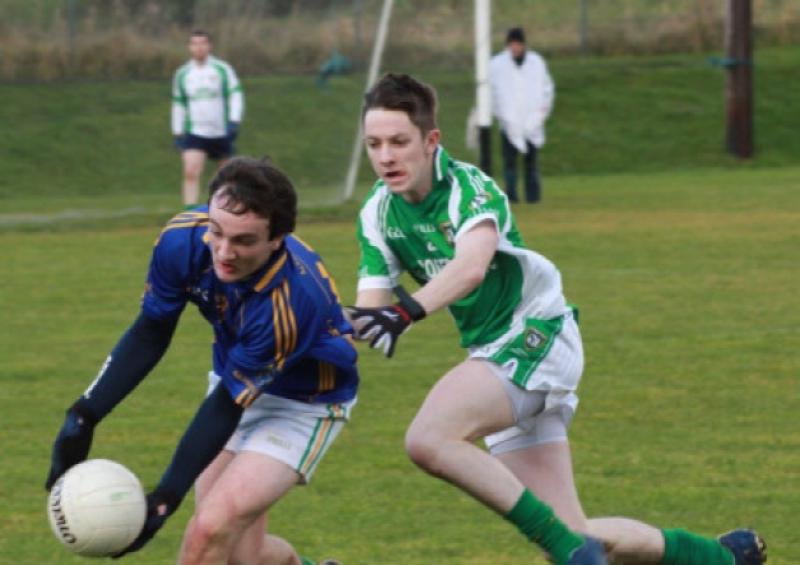 Few expected the thrilling finish that catapulted St. Brigid’s to the title but Sean Quinn proclaimed he never had a moment’s doubt.

Few expected the thrilling finish that catapulted St. Brigid’s to the title but Sean Quinn proclaimed he never had a moment’s doubt.

One of the St. Brigid’s management team along with James Holahan, Gerard McGovern and Brendan Mulvey, Sean said “I knew the group of players we had that we were well capable of doing it.

“It was just a matter of them coming together on the day, clicking and putting it right. I knew they had it in them, I never thought for one moment that they wouldn’t do it.”

Even seven points down with 15 minutes to go, Sean believed - “We always had faith in our lads, we had the men on the bench to come on, it made a huge difference. It was a real panel game today.

“Conor Gaffney had a great game today all throughout, him and Mark Plunkett two Minors. We have a lot of Minors on that team, they just proved how good of footballers they are.”

A shattered Sean Kennedy struggled to put his disappointment into words - “It is a hard one to swallow, I suppose we gave it our all for 50 minutes, it has been a long year, that is not an excuse but St. Brigid’s gave an exhibition of point scoring in the last five minutes when it mattered.”

Losing John Mulligan was a big blow but Sean was not inclined to make excuses - “John is a loss but you have someone to bring on. We are two clubs but one parish and we had 17 players today with one lad injured and that is all we had. But that is not an excuse, we were controlling the game, they showed bottle to come back and win the game when it mattered.

“It is hard to take, it is a hard pill to swallow. Some might say it has been a good year but at the end of the day, silverware is what determines good and bad in my view anyhow.”