“You have to give credit to Clare” 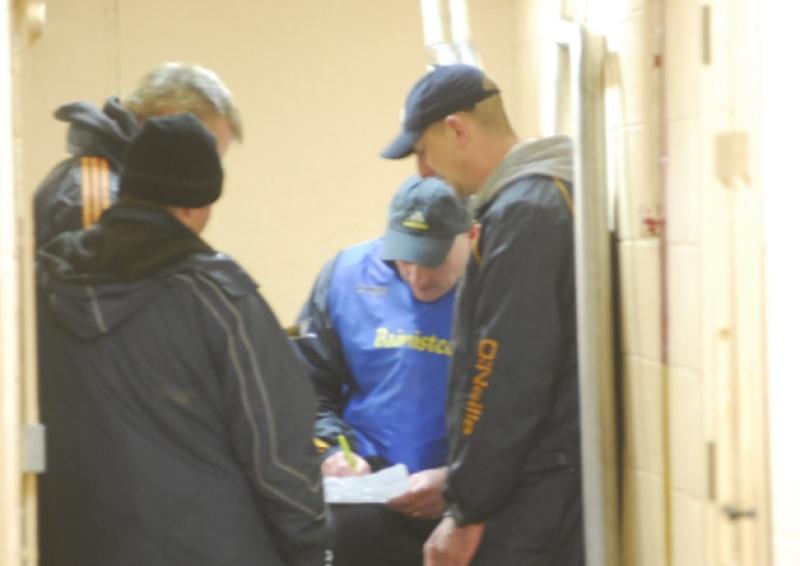 Sean Hagan is nothing if not grounded and the Leitrim manager was quick to pay tribute to the part Clare played in an exciting contest last Sunday.

Sean Hagan is nothing if not grounded and the Leitrim manager was quick to pay tribute to the part Clare played in an exciting contest last Sunday.

The Milltown Malbay encounter swung one way and then the other and back again and Sean was quick to pay tribute to the part the home side played in the game rather than focus on where he might believe his team had falled down.

“I thought we had a spell there at the start of the second half where we actually dominated for ten minutes but we couldn’t kill them off at that stage.

“You have to give credit to Clare, we went two up and it looked as if we were going to push on with the wind but they had a good game-plan and they stuck to it. We had a game plan too and we stuck with it but we found it hard enough to stop them at times.”

Describing the decision to not start Ray Cox as a “tactical decision”, Sean agreed that the loss of Paul Brennan was a big blow -“Paul is a great part of the team and it was a massive psychological loss to us here because Paul would be the one guy who would step up, it wouldn’t matter where he was playing or what part he was playing, Paul would still play his own game.”

As for Damien Moran, Sean said “We’re hoping that it was a concussion, we thought it might have been a break but Damien has probably been the highlight of our season so far, he brings a different level of energy to the team, to the middle of the park there for us and I suppose we didn’t realise until he had gone off how big of an absence he was for us.”

The Leitrim manager agreed that Donal Wrynn is fast becoming a vital component of the team - “In Donal’s case, if you are good enough, you can play any place. He is a fantastic footballer and unfortunately, we probably need him in more than one position.”

And Sean finished with an intriguing thought as he highlighted the strength of the squad - “The other thing is Sigerson Cup lads are coming back, we only see them in training and it is very hard to get a reflection of exactly where they are.

“They might impress in training but we haven’t actually seen them in match situations so we’re finding that out. It will be an interesting thing, our third team will be a very interesting team to pick.”

Clare manager Colm Collins was more than happy with the point gained by his team last Sunday in Milltown Malbay.

“A point is a good result, it is going to be interesting,” said Collins, “The teams in this division are all tough. Leitrim are unbeaten in 2014 and they have been playing well and had a great win against Antrim.

“Listen, I suppose after hearing the other results, it was a point gained rather than a point lost.”

Analysing the game, Colm pin-pointed the Leitrim goal - “We were giving away the ball too cheaply and conceding scores, fair play to Leitrim, they put the ball over the bar.

“The goal was very important, they worked hard, got the goal, I was impressed with their work-rate.”