Hagan satisfied with draw and season so far 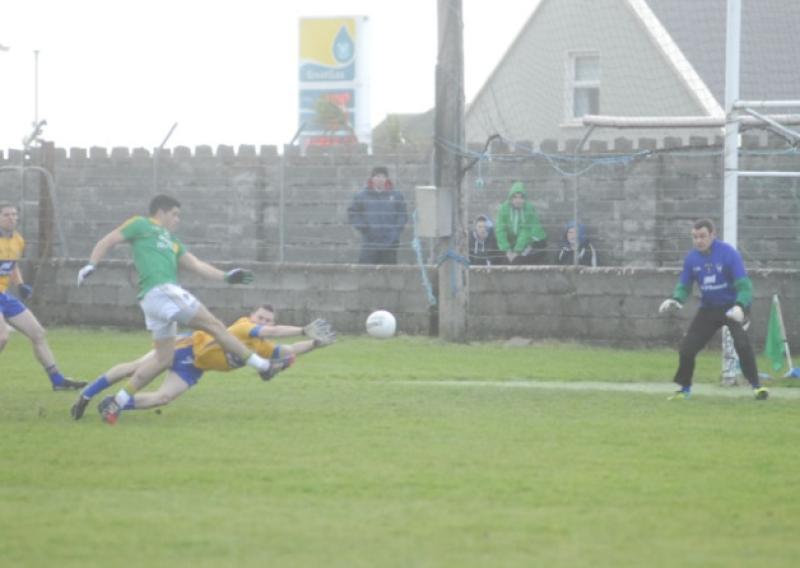 Reacting to a draw can be a awkward business but Leitrim manager Sean Hagan was in no doubt that he was satisfied with a hard fought draw in Milltown Malbay last Sunday.

Reacting to a draw can be a awkward business but Leitrim manager Sean Hagan was in no doubt that he was satisfied with a hard fought draw in Milltown Malbay last Sunday.

Leitrim maintained their unbeaten start to the season when they came from two points down in eight minutes of injury time to snatch a draw with Clare last Sunday in Henessy Park in Milltown Malbay.

And although it is often difficult to separate the emotions of relief or disappointment when you draw a game, an upbeat Sean Hagan maintained a positive outlook on the 0-11 to 1-8 draw with the Munster men.

Asked what his over-riding emotion on the final whistle was, Sean told the Observer “Satisfied is the theme for the day because if someone told us at the start of the season that we’d have three points out of four, we’d have taken that.”

Sean’s relentless positivity and belief in his squad’s ability and character was again manifest even if the Longford native admitted there was a large dose of relief on the final whistle - “The character that is in the team, the spirit, we have seen that over the previous weeks and there is a never say die attitude in the team but with five minutes left, if someone had offered us a point, we’d have surely taken it.

“The mentality is that we are still unbeaten and I suppose that will only breed confidence in the team and the squad. It is a major step forward to actually leave Connacht and come down to Munster and leave with a point. In our estimation, it is a massive point for us.”

Yet Sean believes there is far more to come from the Green & Gold as, despite admiring remarks about the fitness of the Leitrim squad from Clare reporters and GAA officials, the Leitrim manager believes his team are not yet up to the mark fitness wise.

“I’ve been saying this all along; our squad and I don’t think I’ve been quoted on it but our squad, the level of fitness is not what is required and these three weeks with club games running, hopefully we will have a fully fit squad up to the intensity of inter-county football.”

Hagan’s Clare counter-part, Colm Collins ,was equally happy with the point gained in Milltown Malbay - “To be fair to Leitrim, they played some lovely football, they worked extremely hard and they got a fabulous point there in the first half, I think it was Mulligan from a free, they deserved a point as well so a draw was probably the fairest result.”