Ballyhaunis far too strong for Carrick 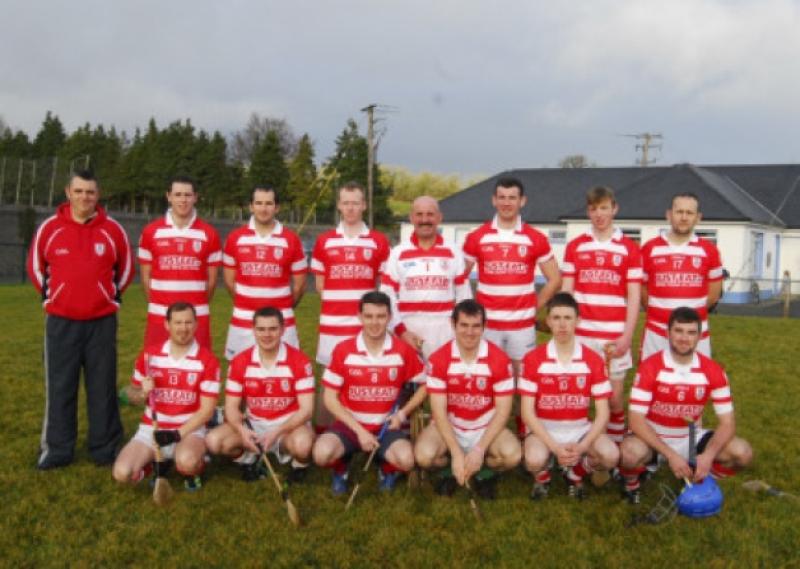 Mayo senior final runner’s up Ballyhaunis had a very comfortable win over Leitrim runners up Carrick Hurling in the Michael Stephens final on Sunday last.

Mayo senior final runner’s up Ballyhaunis had a very comfortable win over Leitrim runners up Carrick Hurling in the Michael Stephens final on Sunday last.

This competition was established as a Connacht Shield competition for the runners up of the senior hurling championships of four Connacht counties, Galway excluded.

An indication of the Ballyhaunis’ strength was the fact that they beat the Roscommon runners up by eleven points in their semi final while Carrick Hurling got a bye into the final when Coolera Strandhill (Sligo) scratched.

If the task wasn’t daunting enough for Carrick they also had to field without several of their top players and they were simply overran by a slicker, sharper and stronger Mayo outfit.

The game was very much a contest for the first fifteen minutes with very little between both sides. Indeed Carrick got the first score after five minutes with a pointed long range free by their best player, centre back James Glancy.

This was followed two minutes later by an Alan Duffy point from play to put Carrick further ahead.

However, Ballyhaunis soon came to terms with the Carrick challenge and their main marksman Stephen Hoban opened their account with a point from play. This was quickly followed by another point from play by full forward Liam Lyons to level the scores by the twelfth minute.

The Ballyhaunis pressure began to tell and a Lyons goal in the fifteenth minute opened the floodgates as Ballyhaunis took complete control.

A point from play in the twentieth minute by Carrick’s Alan Doherty stemmed the tide somewhat but two further goals by Hoban and three points from Brian Hunt effectively ended the game as a contest by half time leaving the Mayo men leading by 3-9 to 0-3.

Ballyhaunis continued the second half where they left off the first and scored freely with Hoban in particular being a constant menace to the Carrick defence. Though Carrick tried to claw their way back into the game the only score they managed in the second was a pointed free by Alan Duffy ten minutes from time.

By that stage Ballyhaunis were well out of sight with goals from Hoban and Luke Cribben sealing an easy win.

The gulf in standard was obvious all through this game but despite the one sided scoreline there were some good individual performers from the Carrick men.

James Glancy stood out at centre back and was well supported by Bernard Murray and Donal Butler in defence. Liam Moreton battled hard in midfield and Alan Duffy was best in attack.

While this was a disappointing end to the season, Carrick can look back on a very busy season with satisfaction.