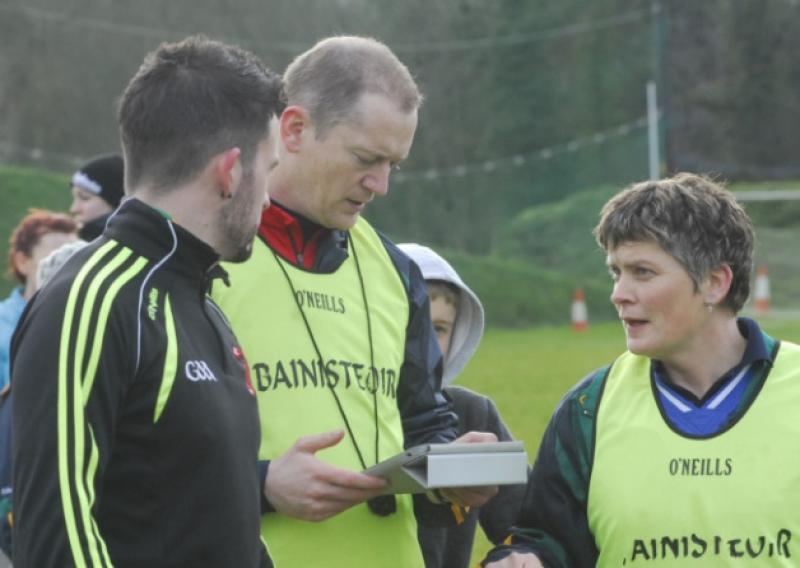 The Leitrim Ladies will make the journey to Birr this Sunday as they face Waterford at 2pm in the semi-final of the Tesco Homegrown Division 3.

The Leitrim Ladies will make the journey to Birr this Sunday as they face Waterford at 2pm in the semi-final of the Tesco Homegrown Division 3.

Martin Dolan’s team finished third after seven rounds of games and now face second place Waterford, with the winners then taking their place in the final against Armagh or Tipperary.

Leitrim were defeated 6-8 to 3-8 by Waterford at the end of March when the sides met in Fraher Field but Martin felt the result did not match Leitrim’s performance.

Reflecting on that encounter between the sides Martin said this week -“We started poorly, but for 45 minutes we were way better. We kicked 1-6 without reply and turned around a nine point deficit but the energy we used overturning that deficit cost us in the end.”

Martin believes lessons have been learned saying “We are quite confident, we addressed that game in training and we are in a strong, better position.”

Commenting on preparations for Sunday’s semi-final Martin was very upbeat noting “We’ve really stepped it up over the last few weeks in terms of fitness and a few tactical tweaks.”

There is an injury concern revolving around Sarah McLoughlin, who won an All-Star award in 2007, but Martin is confident she’ll be fit to take her place in midfield.

Five of Leitrim’s seven games were away from home so a journey to Birr isn’t something Martin believes will be a problem.

“It won’t faze us, it was a very tough campaign in terms of travelling but we are used to it.

“We’ll make the best of it and are quite confident we can put in a performance to get a result.”