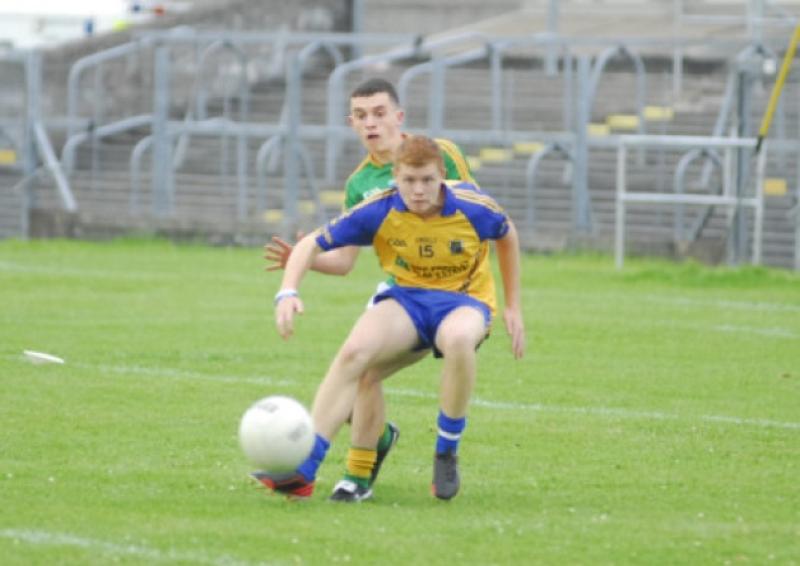 What clubs feared came to pass on the first weekend of the Pyramid Bookmakers Junior A Championship as missing players badly hit the first round of the competition.

What clubs feared came to pass on the first weekend of the Pyramid Bookmakers Junior A Championship as missing players badly hit the first round of the competition.

Mohill’s inability to field a team was caused by a combination of not playing their County Minor contingent and a bigger problem of missing players as last year’s Junior A winners were badly hit by players travelling abroad for the Summer.

Shane Quinn, Ronan Gallagher, Eanna Madden and John Mulligan are now all unavailable and the knock-on from the failture to field at Intermediate level meant that opponents St. Patrick’s Dromahair could not field at Junior level.

They go into next weekend’s games without any game to back them up while everyone except Mohill have already seen action.

Ballinamore Sean O’Heslin’s need a win to keep their campaign alive in Group 1 but face an Allen Gaels team that had too much to spare for the traditionally strong Melvin Gaels second string so you’d have to expect Allen Gaels and Kiltubrid to confirm their place in the knock-out stages.

In Group 2, Aughavas signalled their intent with a 19 point destruction of Annaduff and the prospect of facing their neighbours from Carrigallen should be enough for them to take the victory.

Annaduff are struggling and you’d have to expect Gortletteragh to take the win here.

St. Patrick’s Dromahair open their campaign against Bornacoola and despite understanable rin-rustiness, they should have too much strength for the Bors. Drumkeerin will be ring rusty too but they are coming up against a St. Mary’s Kiltoghert side who had 25 point win in the first round, they should be too strong here.