Aughawillan set their sights on another shock 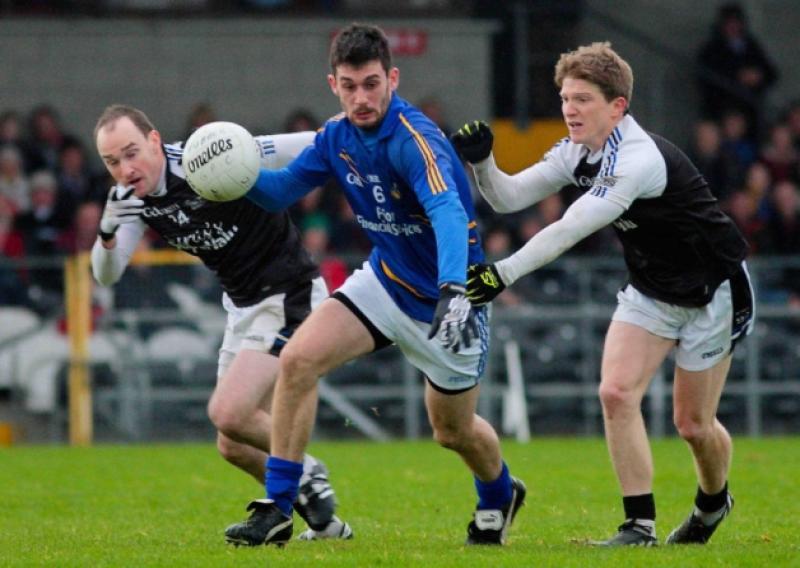 The stakes are rising, the opponents much tougher but Aughawillan’s incredible championship journey takes another exciting step next Sunday when they face Galway kingpins Corofin.

The stakes are rising, the opponents much tougher but Aughawillan’s incredible championship journey takes another exciting step next Sunday when they face Galway kingpins Corofin.

After pulling off seismic shocks to take the Leitrim title and then dump favourites Tubbercurry out of the AIB Connacht Club Championship, Aughawillan face their greatest test against Corofin in Pairc Sean Mac Diarmada and they are just loving it!

And manager Sean Pierson is determined that Aughawillan will remain true to their history - “Every time you win, you got up another rung of the ladder and you come up against better teams. All you can do is give it your best shot and hope for a bit of luck and a good performance on the day to see you through. We’ll give it 100% and when it comes to the final whistle, we won’t be that far away.

“Anyone who knows me and knows this team knows that we don’t change our spots just because we are in a big game. We are determined to give it a good shot and we know we won’t be found wanting.

“We’ve watched a few videos of Corofin but we know we won’t win by watching videos, it will be won on the day. We’ll be looking to get matched up as best we can and we want to give it a performance.”

Aughawillan had hoped that Sunday’s game would be in Ballinamore but Sean feels the venue doesn’t matter - “We have one of the premier teams in the country coming to our back garden and Ballinamore or Carrick-doesn’t really matter, every field is the same to us. Having the game at home is a motivating factor but we need every plus we can.”

And to build on those pluses, Sean is asking for Leitrim fans to come out to cheer on Aughawillan - “Corofin are one of the favourites to win the Connacht title and the All-Ireland. This is where you want to be and we are looking to drive it on another step. I think if you look at the way we play, we play with pure heart and pure honesty and we try to live up to Aughawillan’s history.

“I’d be hoping that the county get behind us. I know it has been a long time since we had a Leitrim team in a Connacht Semi-Final but I would hope that we will bring everyone along with us.

“This is my first foray into Leitrim club football but from talking to people around the county, there is a lot of support and good will for Aughawillan, so we must be doing something right.”

“We have geared ourselves to play for 60 to 65 minutes and we hope that if the game is in the melting pot in the last ten minutes, we’ll be there. We can’t see it being any different next Sunday. If it is a good result, well and good, and if it is not, well, that’s life. We’ll keep our talking on the field.”