Something has to change and change now 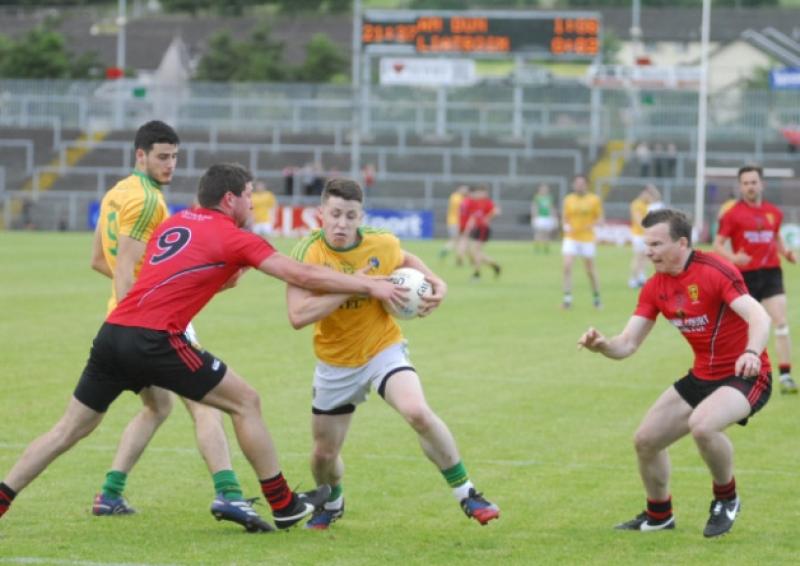 Leitrim football finds itself at a crossroads as the County Seniorteam suffered yet another humiliating defeat last Sunday in Pairc Esler Newry.

Leitrim football finds itself at a crossroads as the County Seniorteam suffered yet another humiliating defeat last Sunday in Pairc Esler Newry.

It is hard to comprehend that Leitrim fans believed a new era had started just two seasons ago when the Green & Gold recorded their first ever All-Ireland Qualifier victory over Wicklow before pushing Laois all the way.

But since then, it has been nothing but humilation and heartbreak as Leitrim have now exited the championship after 27 and 21 points defeats in successive years and, to make it all the harder to comprehend, most of it appears self-inflicted.

It is not that any Leitrim supporter was truly expecting a victory over Down in Newry last Sunday, despite the understandable positive spin put on the game by manager Sean Hagan in these pages last week.

There were extenuating circumstances last Sunday just as there was last year as Leitrim were without a host of players through injury, suspension and unavailability with six players who started the Connacht Championship clash against Roscommon just six weeks previously were not available.

The confirmation of Paul Brennan’s 12 weeks suspension was just the final nail in the Leitrim coffin as Paddy Maguire and Cathal McCrann had left the panel, Conor Beirne injured himself in a boating accident last week, James Glancy was on his honeymoon while Sean Hagan confirmed that Wayne McKeon was not on the panel due to illness.

It wasn’t that long ago that the absence of Emlyn Mulligan for the Summer due to a cruciate injury was regarded, rightly, as a real hammer blow to Leitrim’s chances but missing six key, experienced players could not be over-come.

But it wasn’t just those six players - Shane Quinn, Ronan Gallagher, Danny Beck, Felim McHugh and John Mulligan were no longer available as they travelled abroad and that robbed Leitrim of some top quality replacements.

It was encouraging to see new players like Alan McLoughlin, Nicholas Moore and Cian Clinton make their championship debuts, more promise for the future, but they were always going to find it hard to prosper in a team that was clearly struggling.

The gulf in class between Division One and Division Four teams was painfully obvious from the very first minutes and James McCartan’s side were very obviously keen to kill off the game as soon as possible, avoiding their first half struggles of three years ago.

Leitrim tried to play a 13 man massed defence, withdrawing all but Ray Cox and Robbie Lowe behind the 50 yard line in an effort to frustrate Down’s attacks.

Unfortunately, Down’s pace, running through gaps and power meant that the defensive strategy never got off the ground as the home side had two goals inside the first 22 minutes.

It didn’t help that both of their goals came with quite a good deal of poor Leitrim defending involved as the normal fiery spirit evident in Leitrim teams was conspicously absent in Newry.

There was a sense of inevitability about the whole game in Pairc Esler - Down’s supporters never had much to get passionate about, apart from the contributions of Benny Coulter and Conor Laverty as the match did them little good in the long term.

For the paltry amount of loyal Leitrim supporters who did make the long journey to Newry, it was grim stuff as the Ulster men played without any great challenge from a Leitrim team who looked as if they couldn’t wait for the 2014 campaign to end.

And that is the greatest worry for Leitrim supporters, that the passion of both players and supporters for the Green & Gold jersey is seeping away day by day and it will take a monumental effort to regain that lost pride.

Leitrim captain Emlyn Mulligan spoke boldly, honestly and quite bravely on the subject to this paper, the bravery coming from the fact that any conversation on this subject seems to provoke an irrational barrage of abuse and criticism from so-called Leitrim supporters.

Judging from reports and anecdotal evidence, the Leitrim camp has not been a happy one since the end of the League and the decision to introduce new players a matter of weeks before the championship seems to have fractured morale.

With reports of players missing training and poor turnouts over the last six weeks in particular, it seems the atmosphere surrounding the County team has not been good and one has to wonder has the schism of 2013 ever truly being healed?

We’ve had few occasions in the past to question the commitment of Leitrim players but until the issues surrounding last year, and this year, are truly and completely resolved, not covered up, the situation will continue.

It is a situation that has to change and change now! There are good players coming through, as evidenced by the performances of our U21 and Minor teams this year, but unless the culture surrounding the County Senior team changes and until the commitment of all players involved is the same and everyone is pulling towards the same goals, then we are in for many, many more results like we witnessed last Sunday.