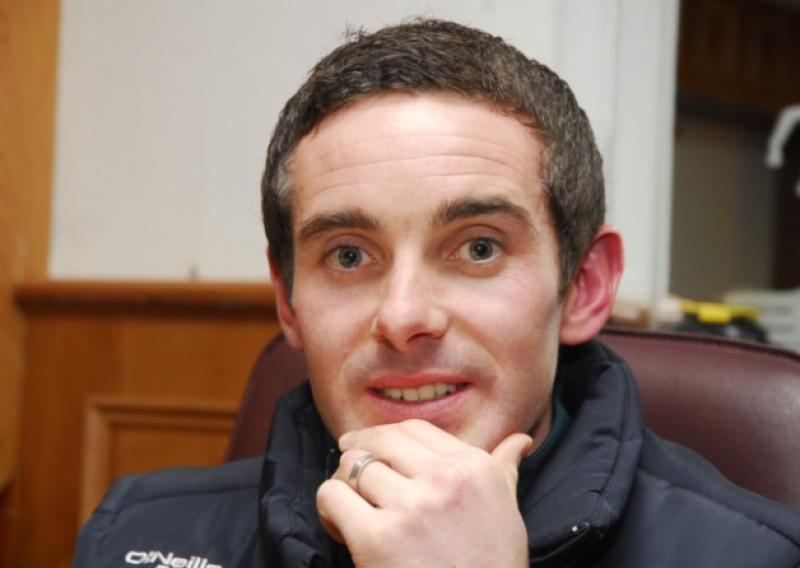 Leitrim U21 footballers failed to get 2015 off to a wining start as a late Sean Moriarty point earned Offaly victory by the minimum margin in this Hastings Cup game at Gracefield on Saturday.

Leitrim U21 footballers failed to get 2015 off to a wining start as a late Sean Moriarty point earned Offaly victory by the minimum margin in this Hastings Cup game at Gracefield on Saturday.

This was a game where Shane Ward’s side showed great enthusiasm and had eight different scorers, but Moriarty top-scored with 1-5 for the hosts.

Little separated the sides in the opening quarter, with the teams tied for the third time after 15 minutes, after Joe Maher equalised for Offaly to ensure a 0-3 apiece score-line.

The visitors stole a march in the second quarter as they exerted full control.

Ward’s men hit their best spell in this game, registering five unanswered points to take an 0-8 to 0-3 lead after 27 minutes, with Aughawillan brothers Gary and Mark Plunkett adding a point each, while Gaffney, Moore and Dromahair’s Michael Clancy also on target.

Offaly finished the half strongly with two Moriarty points, but Leitrim were full value for their 0-8 to 0-5 interval lead.

His three-pointer levelled the tie at 1-6 to 0-9, before Maher pushed the hosts ahead with his third point of the game.

However Moriarty showed great composure to bring his tally to 1-5 late on, and snatch an Offaly winner.

It’s a similar journey for Leitrim next Saturday, as they travel to the other side of the Barrow to face Laois at McCann Park, Portarlington at 2pm.

Leitrim’s back fixture against Clare has at the time of going to press still to be refixed but unless Leitrim beat Laois in the next game, their interest in the Hastings Cup will come to an end.