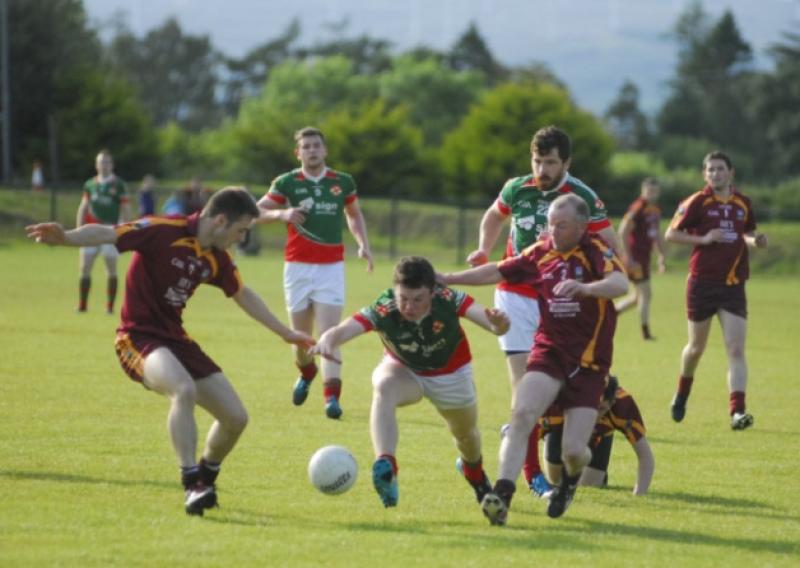 The vaunted Group of Death could be over as a contest pretty much if St. Mary’s and Glencar/Manor continue their winning ways next weekend.

The vaunted Group of Death could be over as a contest pretty much if St. Mary’s and Glencar/Manor continue their winning ways next weekend.

St. Mary’s surprised many, including a lot of their own supporters, with a dominant victory over Melvin Gaels and despite losing players like Conor Farrell and Nicholas McWeeney, they will be anxious to put this group to bed as early as possible.

Aughawillan put up a brave showing against Glencar/Manorhamilton in the first round without the immense influence of Mark Plunkett and as much as they want to see Leitrim Minor succeed, they will desperate to have Plunkett back.

Mary’s have the strength and if they start well, they should prevail.

Any meeting of Melvin Gaels and Glencar/Manor is an enormous clash but the absence of Paul Brennan compounds the Kinlough side’s misfortune. They were hit hard early by St. Mary’s and they never recovered while the Manor men showed their poise and confidence to weather the Aughawillan storm and pull away to a comprehensive win.

Glencar/Manor are definitely the team in form and should take the win while Melvin Gaels will be hoping to turn the form book on its head and use their old rivalry to inspire an upset.