Everything to play for in Intermediate 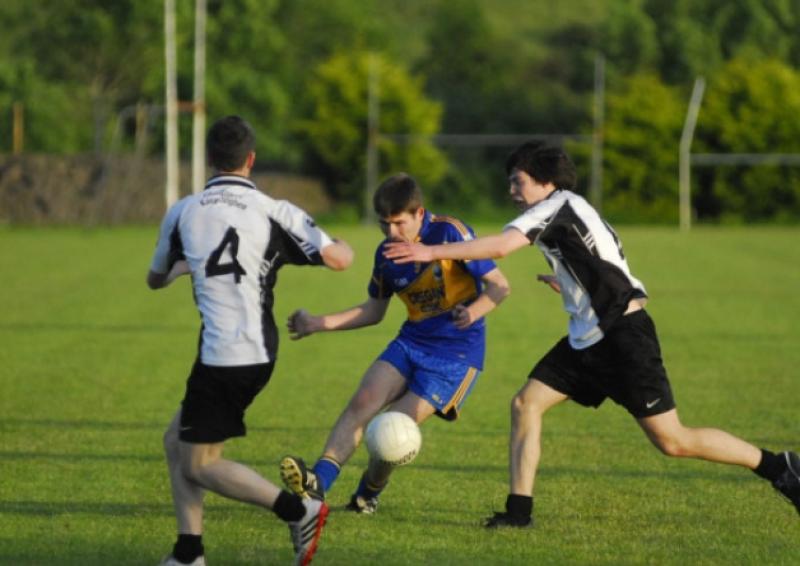 Unllike the Senior competition, the Glenfarne Wood Products sponsored Intermediate competition is still very much in the melting pot.

Unllike the Senior competition, the Glenfarne Wood Products sponsored Intermediate competition is still very much in the melting pot.

Group 1, the group of death fo the Intermediate grade, is complicated by the draw between Sean O’Heslin’s and Drumkeerin which means that whatever happens, the group will be very much alive going into the last round.

The Ballinamore men face an enigmatic Eslin who mixed the brilliant and the horrible in the first round, going nine points down without scoring before rallying. However, the Eslin men will need a more balanced performance if they are to prevail against O’Heslin’s.

O’Heslin’s, however, will be desperately anxious to have their county minor contingent available and that could have as big a bearing on the contest as anything else.

Glencar/Manor and Drumkeerin is an intriguing derby that really could go either way. Drumkeerin will consider themselves unlucky not to win against Ballinamore but the Manor men have a firepower and experience that will be hard to beat, the reigning champions to prevail after a tough battle.

Group 2 features a couple of make or break matches. The winner of Glenfarne/Kiltyclogher and Leitrim Gaels could almost be guaranteed third spot in the group and at least a playoff. Glenfarne were disappointed by their showing against Cloone while Leitrim Gaels had the chances against Fenagh but couldn’t finish.

Again, it will be tight but you get the feeling that Glenfarne/Kilty may have the greater focus to come through.

A win for Cloone or Fenagh St. Caillin’s would guarantee a quarter-final spot for the winner in this derby. Cloone were probably the more impressive in their first round win and they seem to have the greater momentum here.