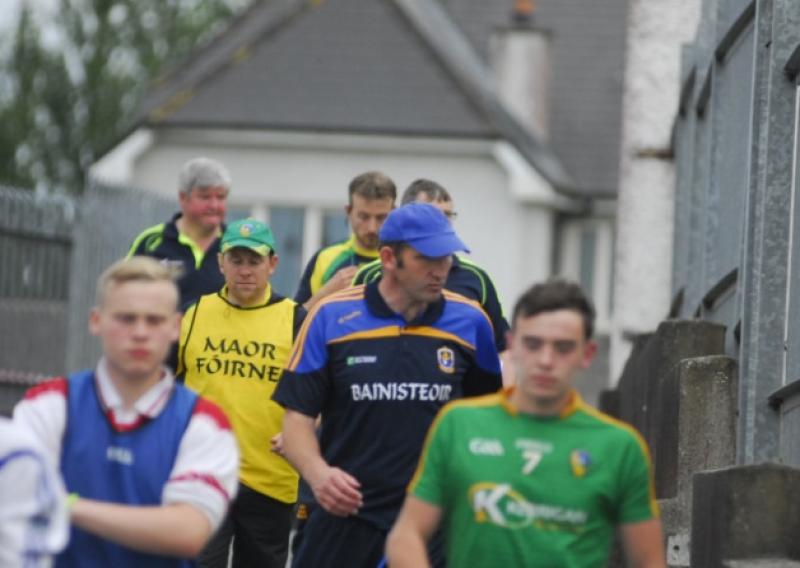 Leitrim manager Enda Lyons pointed to what he termed the “Fergal O’Donnell factor” in last week’s Observer preview and unfortunately, it proved prophetic as Roscommon prevailed after a pulsating contest.

And O’Donnell was naturally thrilled at overcoming a highly thought of Leitrim team - “We’re thrilled, to score 2-13, we started well, we came out of the blocks well. It is great to get to the final against Mayo, probably go in an underdogs again, it does make it easier.”

Roscommon’s status as underdogs suited the home side and Fergal believes it may have hampered Leitrim - “One advantage coming in here, even reading your own paper last week made reference to the fixtures and that does help, there wasn’t much expectations here.

“Normally when Roscommon Leitrim play, Roscommon would be favourites and I felt massive pressure as manager last year playing Sligo in the first round and I had none of that pressure here today.

“Last year, we felt that weight of expectation with the Ultan Harneys whereas ye had the Mark Plunketts this year. Kind of roles were reversed and in tight games like this, it came down to inches and we just got the breaks at the right time.”

Those breaks included a strong response to Mark Plunkett’s first half penalty - “It looked for a while like Leitrim had gained the initiative, probably with the penalty we conceded. We were five points up and we were going well at that stage but we lost momentum. We went in a point up at halftime, I think that was important.

“We worked really hard with the lads and everyone was clear in the job. At the same time, we had to work hard and I don’t think we got any soft scores. We had a good start which gave us confidence because that was the one thing that did worry me going into the game, if Leitrim got a run on us like they did that day in Mohill in the League, that was the only thing we were really worried about.”

And it was obvious that the Roscommon manager had done his homework on Leitrim - “There is no doubt Leitrim are very good, the likes of Mark Plunkett, Oisin Madden, the wing-back who went off, Dean McGovern. That would have been a big plus for us because he was a player we would have targeted. David Connaughton played well on him so that was a big bonus.

“As well, there was Luke Murphy, there was Gaffney as well, we kept them relatively quiet. Leitrim were very good, there was very little in it, Fowley and these guys are very good.”

O’Donnell also highlighted the work his players had put in and their patience in sticking with the team - “We knew it was going to be a tough battle but I think both teams were good, it was a good game and there wasn’t much in it.

“Near the end, Evan McGrath powered into it, I thought Ronan Raftery had a great game for us. He was on the panel last year, didn’t get a game for us, himself and Tom Butler. It would have been very easy for them to come back and say ‘I spent a year at it last year and didn’t get much game time’ but they were excellent, their application.

“We felt that if we could keep the game tight in the second half, we knew our bench was pretty good and that is the way we’ve been training, we’ve been emptying the bench after 45 minutes. It was something we didn’t do last year in Croke Park and got criticised for it and rightly so but this year, I think we emptied the bench.

“They did well but they knew what they were doing. For us as a management team, we work best when we’re in that position. We worked really hard with the lads and everyone was clear in the job.