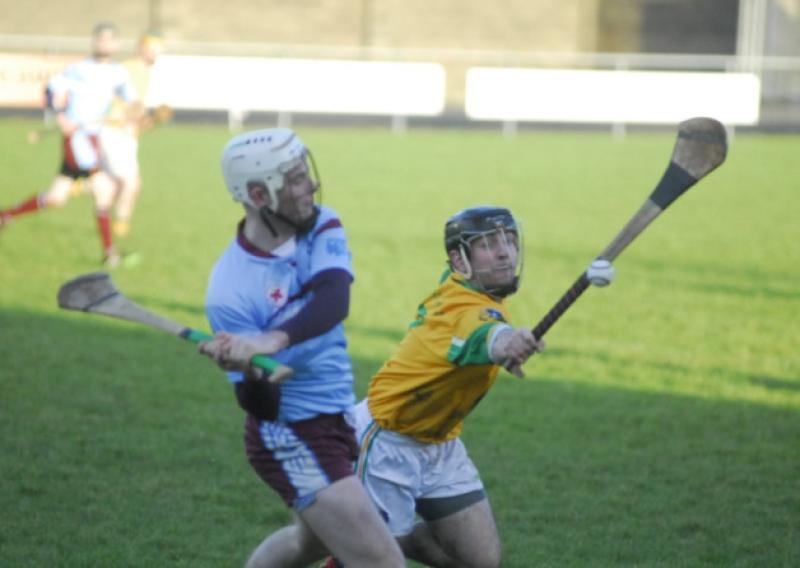 The Leitrim hurlers experienced a difficult afternoon in Ballinamore on Saturday afternoon last as they suffered a heavy defeat at the hands of a highly skilled GMIT team in the Connacht Hurling League.

The Leitrim hurlers experienced a difficult afternoon in Ballinamore on Saturday afternoon last as they suffered a heavy defeat at the hands of a highly skilled GMIT team in the Connacht Hurling League.

On a bitterly cold afternoon GMIT never looked in any real danger although Leitrim did show glimpses as an attacking force with Padraig O’Donnell and James Glancy to the fore in much of Leitrim’s good play throughout the afternoon.

Despite their best efforts there was little Leitrim could do to contain a team containing some very accomplished hurlers.

Conor O’Donnell, Darragh Cooney, Darragh Burke and Padraig Flanagan excelled for GMIT who bossed matters from the opening throw-in and were urged from the sidelines to fully reflect their dominance on the scoreline.

The students opened the scoring with a point from full-forward Conor O’Donnell and with the game still less than three minutes old, he came close to scoring a goal but his shot from a tight angle went just wide.

GMIT added to their early lead with points from a Darragh Burke free from inside his own half and a Padraig Flanagan point from distance.

Leitrim goalkeeper Paul McKiernan had looked very assured with his handling in the opening stages but he will be disappointed to have been deceived by Daragh Cooney’s 7th minute shot which sailed over him and into the goal.

Karl McDermott opened Leitrim’s account with a fine score on the turn and that was quickly followed by arguably the point of the day from James Glancy who made a great catch near the half way line before dropping a shoulder to leave a would be tackler in his wake and then effortlessly slotting the ball over the bar.

That bright patch was not to indicate a Leitrim revival and GMIT were to fully re-establish their dominance for the final 10 minutes of the half .

Leading 1-11 to 0-4 in injury time at the end of the first half, the talented Padraig Flanagan sailed through the Leitrim defence before delivering a pass across the face of the goal to the waiting Darragh Cooney who had the simple task of finding the goal from close range.

As the second half got underway, the conditions deteriorated significantly with a strong wind and driving hail making life difficult for both sides but that seemed to only spur GMIT on even more and they registered five unanswered points within seven minutes of the restart.

Leitrim replied with two pointed frees from Padraig O’Donnell but that was to be as good as it would get from a Leitrim point of view as the students dominated the closing stages of the game.

The GMIT management were not yet satisfied as they urged their players to further emphasise their dominance and with 13 minutes left they struck for their third goal with one of their best performers, Conor O’Donnell scoring an excellent individual goal.