You have to get to a final to
appreciate them 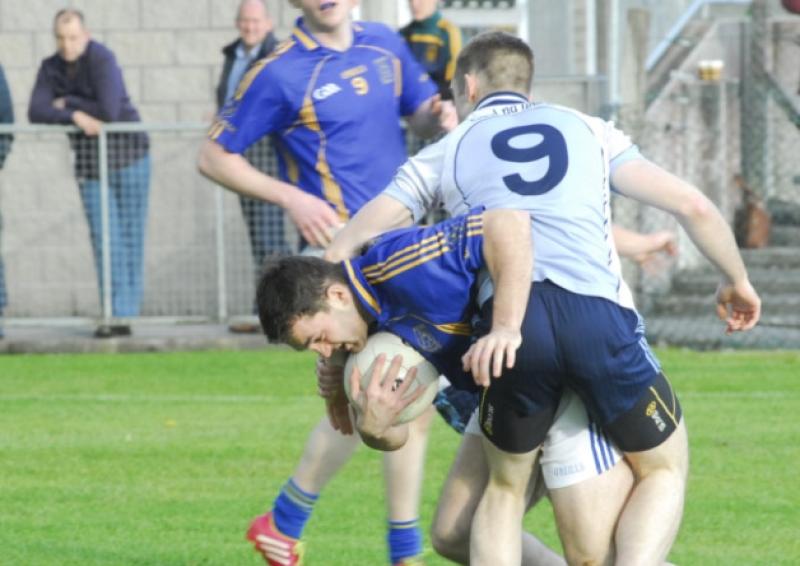 The celebrations on the field may have been joyous but Aughawillan manager Sean Pierson was already setting his sights on this year’s Senior Championship Final.

The celebrations on the field may have been joyous but Aughawillan manager Sean Pierson was already setting his sights on this year’s Senior Championship Final.

“Serious occasion for a big traditional club, 20 years since they were in it,” Sean told the Observer, “This is what we gearing for all year. We got the so-called Group of Death, we’re afraid of nobody because a final is a final.

“It is great for all the old stalwarts of the club and as you can see, they’re happy to be in it. No preference for who we face. A final is a final and we knew when we came here today, it didn’t matter a damn, you have to get to them to appreciate them.

“A semi-final is not a nice place to be if you are beaten and we couldn’t let that happen today. To be honest with you, no semi-final is ever easy, they are never pretty. We stuck to our guns, we keep it simple and we keep working and that basically is what it is all about.

“At the end of the day, whoever gets the right end of the score, that’s it, its not rocket science.”

That simple approach is reflected in Sean analysis of an exciting semi-final victory over Allen Gaels - “We knew that Allen Gaels were going to come hell for leather at us and we knew we had to take everything they threw at us but we knew we had those reserves of fitness in the back of our locker.

“It pushed us out today and it pushed us out in the game against Gortletteragh. Being honest with you, we worked outrageous hard in training. When we landed down to take these bunch of men on, we actually literally tortured them for three months.

“We knew we had the legs. We talked about it at halftime and the one thing about these bunch of men, they don’t panic. If you have the work done, the work will always come to the top.”

And that extended to the assessment of keeper Colin Maguire making two vital saves in the second half where praise was mixed with a simple message of players doing their job - “In all fairness to Colin, he is as good as young keeper as there is in the country but that’s his job to be honest with you. Forwards score and Colin’s meant to stop them and thanks be to God, he did that today.”