Nothing to separate neighbours 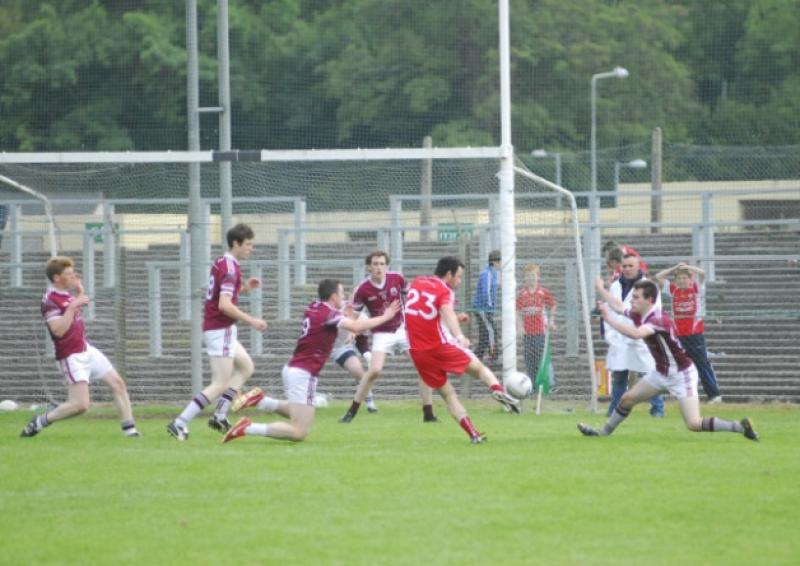 Last Sunday’s clash proved to be an engrossing encounter and while it was low scoring with plenty of mistakes from both sides, it was certainly an edge of the seat affair for supporters of both sides.

Last Sunday’s clash proved to be an engrossing encounter and while it was low scoring with plenty of mistakes from both sides, it was certainly an edge of the seat affair for supporters of both sides.

With little to separate the sides in a game that was tactical and nervy, Dromahair were dealt a blow when Stephen Smith was issued with a black card midway through the opening half.

With scores at a premium Dromahair were dealt another blow when the focal point of their attack, Conor Kelly, was forced off with what appeared to be a serious knee injury.

As the first half progressed Declan Daly and Ciaran White began to dominate matters around midfield while the hard running Jason Byrne and Colm Clarke began to have a bigger say in proceedings.

The strength and pace that was evident throughout the Drumkeerin team was something Dromahair struggled to cope with. Stephen Feeney led by example from centre-back while James Gallagher was another who became more influential as the game progressed.

Of course that effort was matched by Drumkeerin but both sides will be left scratching their heads at their very poor scoring returns, particularly from the first half.

Several substitutes had an impact from the bench. Felim McHugh added strength and mobility to the Drumkeerin attack for the second half but perhaps the key change was the introduction of Barry Loughlin for Dromahair who made two crucial interceptions after his introduction.

The closing stages are what will be remembered and there are instances that both sides will look back on as perhaps being pivotal.

Drumkeerin may feel an injury time James Gallagher shot should have counted as a point but Dromahair will also be frustrated that Drumkeerin’s equalising point arrived in the sixth minute of injury time when only two had been indicated.