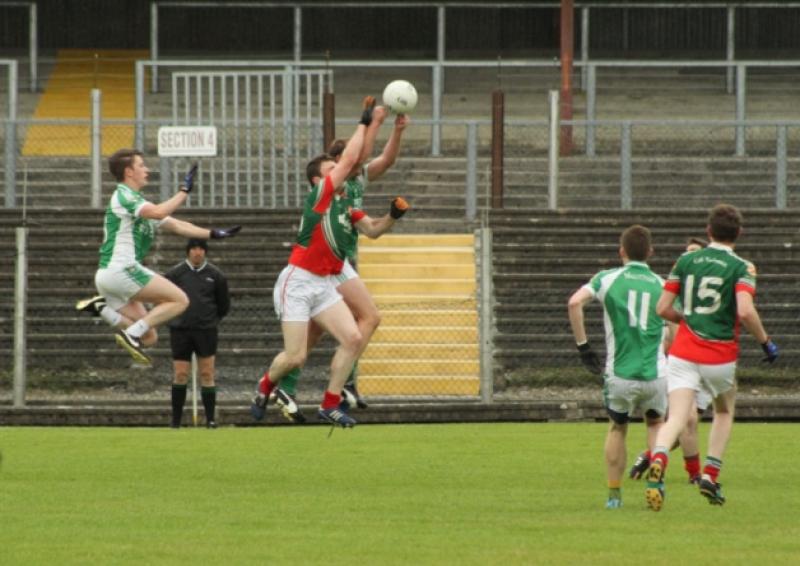 Kiltubrid endured a nightmare evening as what looked seemed like an impossible scenario came to pass to dump them out of the championship last Saturday in Pairc Sean Mac Diarmada.

Kiltubrid endured a nightmare evening as what looked seemed like an impossible scenario came to pass to dump them out of the championship last Saturday in Pairc Sean Mac Diarmada.

Mohill made it three wins from three outings when they demolished Kiltubrid by 29 points, a margin that saw the Men in Green & Red exit the championship thanks to scoring difference after Drumreilly upset favourites Allen Gaels in the other grou game.

The winners really looked the finished article, scoring all but two points from play with eight different scorers, the pick of those being Keith Beirne with an amazing 4-2 to his credit but they will be the first to admit they will meet much tougher opposition further in the championship.

Michael McGuinness, Caillin Canning and Danny Beck did not line out for the winners but on the day, they were not needed.

Nobody really expected a Kiltubrid victory but it was the margin of defeat that will hurt the losers the most. Even in defeat, they were guaranteed a play off at least if Drumreilly lost to Allen Gaels or they avoided a heavy loss against Mohill.

But both things came to pass with Drumreilly pipping the Drumshanbo men by a point, the Gaels going through by virture of scoring difference in second place thus leaving Kiltubrid in a relegation battle in what must rank as one of the greatest upsets in the history of the group stages of the Leitrim Senior championship.

Alan McLoughlin opened the scoring in the fourth minute with a point following good work from Ronan Gordon and Shane Quinn and in the next eight minutes had added six more points, another from McLoughlin with Beirne, Gordon, Quinn, Ronan Gallagher and a Padraig Tighe free leaving the winners seven points ahead.

Beirne’s first goal came midway through the half following good work by Oisin Madden with Beirne adding another point to his tally to give them an 11 point advantage.

Kiltubrid’s first and only score of the half came on 18 minutes when James Gill hit over a point. But back came Mohill with a Darren McLoughlin point before Ronan Gordon hit a rasper that came back off the crossbar.

Gordon got his reward a minute later when another goal chance fell to him, courtesy of Oisin Madden, and this time he made no mistake.

Brendan McCormack in the Kiltubrid goals brought off a good save from a Tighe effort but minutes later Tighe pointed to end the first half scoring, leaving 15 points between the teams.

The winners continued their onslaught after the break when Gordon got through for his second goal after being set up by Tighe and even though Michael Earley pointed for the losers, what followed was six minutes of madness in the losers defence.

Keith Beirne hit three of the easiest goals he will score this year, Kiltubrid’s defence at sea for all three. Alan McLoughlin chipped in with a point and four minutes later, he set up sub Keith Keegan for his side’s seventh goal.

Early and Tighe exchanged points before Kealen McKeon hit over the final point of the game from a free. Mohill will be delighted with three wins, but would probably have liked tougher clashes having won their last two matches by a total of fifty six points.

Kiltubrid now face into a relegation battle with Dromahair, Bornacoola and the losers of Drumreilly and Carrigallen in the mix with them.