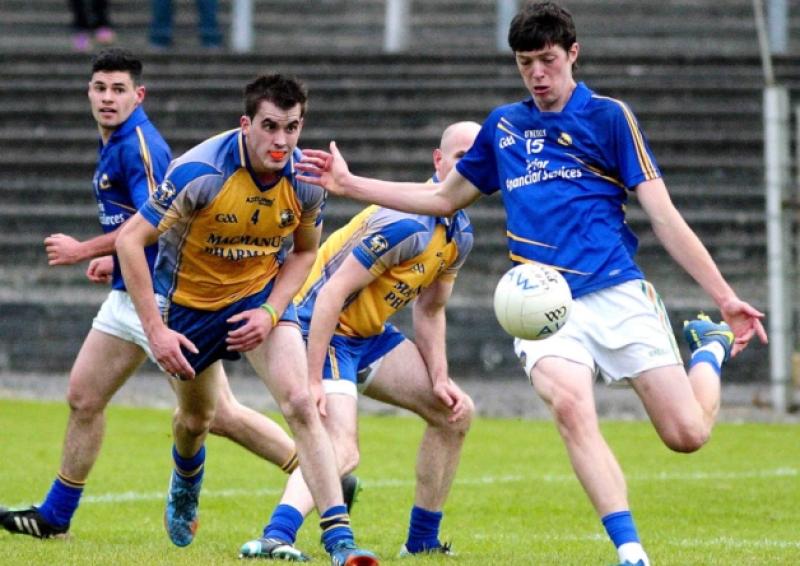 On a night when Drumreilly provided the first major shock of the 2015 Championship, this year’s Connacht Gold Senior Championship Quarter-Finals will see a repeat of last year’s County Final when champions Aughawillan were drawn to face St. Mary’s Kiltoghert.

On a night when Drumreilly provided the first major shock of the 2015 Championship, this year’s Connacht Gold Senior Championship Quarter-Finals will see a repeat of last year’s County Final when champions Aughawillan were drawn to face St. Mary’s Kiltoghert.

13-man Drumreilly scored a shock and famous 1-7 to 0-9 victory over neighbours Carrigallen to book the last place in this year’s Quarter-Finals, a victory that was raucously greeted by jubilant and scarcely believing Drumreilly supporters in Ballinamore on Saturday.

And in the Fox’s Monumentals Intermediate Championship, Cloone showed their potential with a comprehensive 3-13 to 2-6 victory over Glenfarne/Kiltyclogher in Pairc Sean Mac Diarmada.

The repeat of last year’s County Final is the stand-out fixture of an intriguing set of games with Aughawillan favoured to advance against a St. Mary’s team who have yet to really catch fire in this year’s Championship.

League champions Glencar/Manorhamilton face a tough encounter against Allen Gaels while Mohill have a derby against Annaduff. And Drumreilly, dramatic winners in Ballinamore, will face Gortletteragh.

In the relegation series, Bornacoola take on Dromahair with Carrigallen facing Kiltubrid.