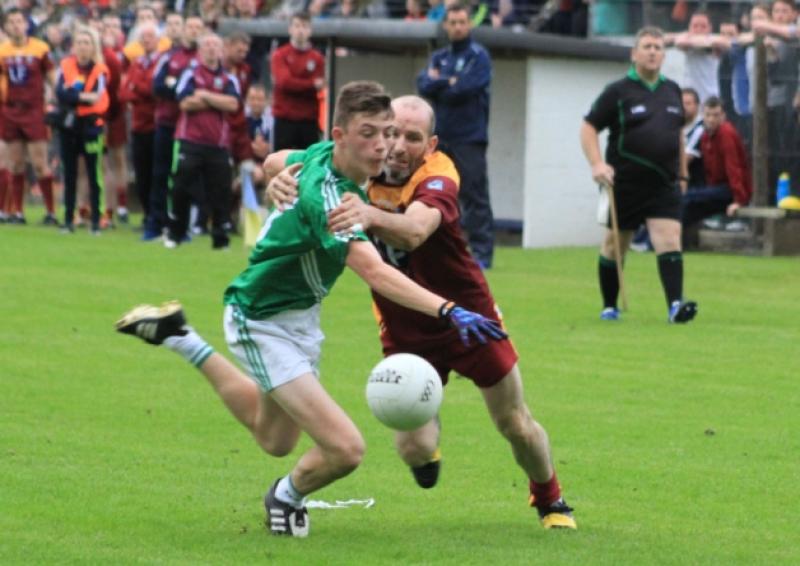 Senior Championship: Gortletteragh will be our opposition in the Championship Semi final in two weeks time. Mohill qualified for the semi when they beat a well prepared Annaduff side on Saturday evening last.

Minor Championship: St Manchan‘s had their second win of the Championship in a one sided game with Ballinamore on Wed last in the Philly McGuinness Park. Ronan Gordon and Keith Beirne were on fire scoring 3-4 and 2-5 respectively but they were well supported by their forwards, centre-field and defenders who kept the opposition score to 2-4. The team and scorers was, A Keenan, E Harkin, A Tuthill, D Mitchell, K Flynn, J Mcgarry, S Harkin 0-1, E Keegan, K Beirne 2-5, E Harkin, T Mulligan 0-1, J Stenson, R Gordon 3-4, F McGuinness 0-1, J Cosgrove 0-2. Subs S McGuinness, R Murphy, Dylan Gaffey.

Annual Draw: Tickets on sale €20 each and three for €50. Please support our Annual Draw. We will be getting to everyone soon. Ticket sellers are asked to have their money in as soon as possible.

Aggie Butler: We extend deepest sympathy to the Butler family on the death of their mother last week. Aggie was a lovely lady, Her boys Gerry and Ciaran played underage with Mohill and are always willing to support..May she rest in peace.

Lloyd Family: We also extend sympathy to the Fidelma Lloyd and family on the death of her mother Maura Hogan last week. Mervin and Fidelma were always great supporters in our fundraising ventures. Ar dheis Dé go raibh Sí.