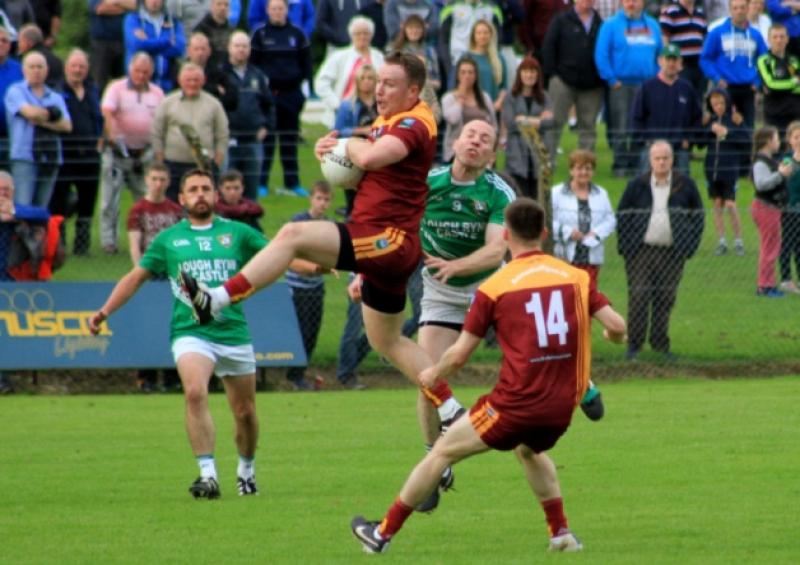 Those six points came in the first six minutes as Annaduff were left all at sea as Mohill had four different scorers in an incredible display of scoring potency.

Annaduff briefly threatened a come-back with three unanswered points before two goals from Ronan Gordon midway through the half effectively ended the game as a contest.

Mohill’s blistering start was awe-inspiring with the movement of their forwards allied with intelligent approach play that ripped Annaduff’s defensive strategy apart - Keith Beirne scored after just 20 seconds, set up by Ronan Gordon.

Gordon was the provider again as Alan McLoughlin pointed. Two Mohill players got in each other’s way but Beirne recovered to hook over a score disputed by the Annaduff defence.

Shane Quinn’s third minute point was typical of Mohill’s play - a kick-out to an unmarked Ciaran Kennedy on the sideline, two quick passes and Quinn was curling the ball over the bar. Gordon got his first score with a great effort from the left corner and second later, McLoughlin got his second.

But as Annaduff were beginning to dream, Mohill struck and with a large slice of luck - Barry Lupton’s run saw him lose the ball but the attempted clearance bounced off Ronan Gordon and fell just right for him to drive the ball to the net.

Sean McNabola replied with a free but barely had that score happened than Caillin Canning drove through the centre and off-loaded to Gordon who drove the ball to the net despite keeper Jim McCormack getting a touch to the ball.

Annaduff almost hit back in perfect style when Michael McGuinness lost the ball and Mattie Cox saw his powerful shot hit the crossbar before going over.

Keith Beirne added two points, one free, and Ronan Gordon a huge effort from the corner while Nigel Cox was crucially black carded for a heavy foul on Alan McLoughlin to leave the halftime score at 2-9 to 0-5 in favour of Mohill.

Annaduff started the second half in very determined fashion, a point after just 50 seconds for Ray Cox and a 40 yard Sean McNabola effort and it should have been a lot closer on seven minutes when Annaduff missed a real goal chance.

A high Francis McNabola shot saw keeper and defender clash and knock the ball down to a waiting Joe Cox but a spectacular recovery saw them put Cox off enough as he drove the ball wide from a couple of yards out.

That was in it terms of excitement as after Padraig Tighe scored, there wasn’t another score for 14 minutes, the nearest coming when Keith Beirne shot wide from close range after good work from Keith Keegan.

Beirne (2) and Gordon added points to stretch the lead to 12 points with just over two minutes left with Annaduff hitting back with points from Sean McNabola and Ronan McCormack ending a dull second half.