Scoreline flatters but goals do the trick for Fenagh 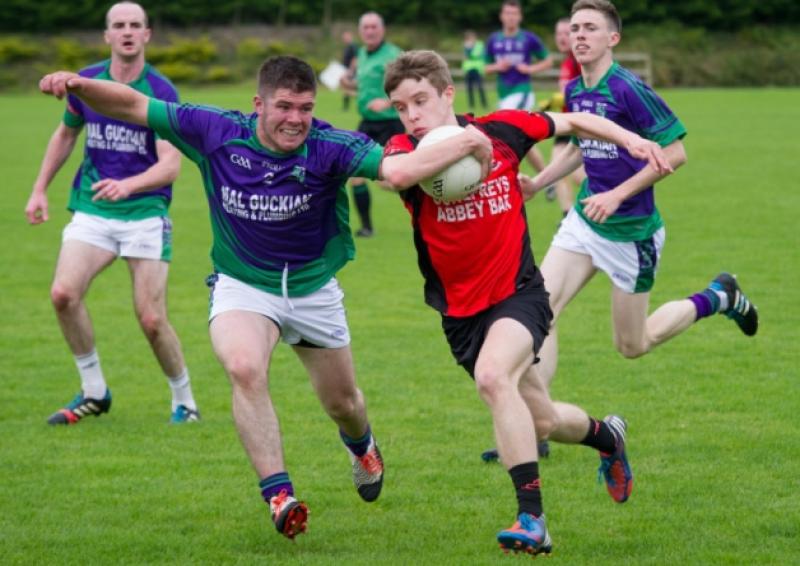 Leitrim Gaels got off to the better start in this Fox’s Monumentals Intermedaite Championship encounter and within ten minutes, they led by four points to one.

Leitrim Gaels got off to the better start in this Fox’s Monumentals Intermedaite Championship encounter and within ten minutes, they led by four points to one.

Their scores came from Enda Moreton, Eunan Tracy, Michael McWeeney and David Regan with Richard Heany hitting over a point for the Fenagh men. Fourteen minutes in, the deficit was down to two when Michael Doonan shot a point after a great run and pass from Ryan O’Rourke.

But certain incidents change games, David Regan, after good work by Michael McManus, seen his goal bound effort hit the butt of the post and come back into play.

Two minutes later, a Fenagh attack which seen Michael Doonan, following a good pass from Darren O’Rourke, hit the crossbar, but this time the rebound was fisted to the net by Donal Wrynn.

Suddenly, the Gaels found themselves a point behind, instead of five points ahead, and from there to the break, Fenagh St. Caillin’s hit 1-4 as against a solitary point for Leitrim Gaels.

Ryan O’Rourke (free) and Wrynn added points, Alan Doonan hit the woodwork with a goal affort but it wasn’t long before the winners hit the net for the second time, a high ball from Martin Doonan was touched down by Wrynn to Michael Doonan and he made no mistake.

Aidan Flynn and Wrynn exchanged points before O’Rourke hit over another free to leave the winners seven points ahead at the break.

While the Gaels defence and particular Liam Moreton curtailed Wrynn at full forward up to his goal, he was very instrumental in scoring and setting up scores in those final ten minutes of the half.

The losers were first on the scoreboard after the restart David Popplewell hitting over a good point, but points from Darren O’Rourke and Michael Doonan extended the winners lead even further.

Whatever hopes the Gaels had of a comeback were dashed shortly afterwards when in a four minute spell, they conceded two goals, the first a Ryan O’Rourke free dropped short into the hands of full back Moreton but he lost possession and there was Wrynn to punch to the net.

Great work then by Ryan O’Rourke, when he cut in along the endline and set up Darren O’Rourke for another goal. Ryan O’Rourke and Aidan Flynn exchanged points before disaster struck again for the losers, this time, goalkeeper Mark Chandler fumbled a Ryan O’Rourke free and the ball ended up in the net for Fenagh’s fifth goal.