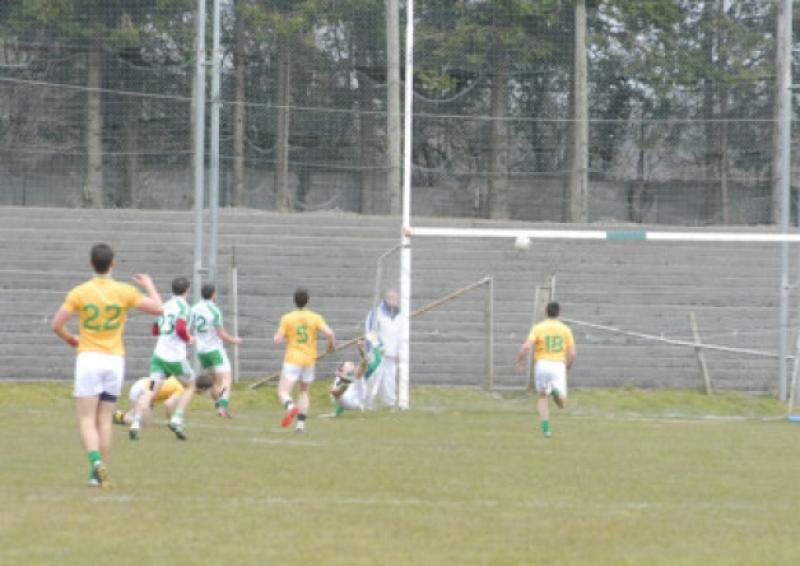 Leitrim fans might have been disappointed with last Sunday’s display but their disappointment paled compared to that of London manager Paul Coggins who felt his side had left a great chance of a first League win of 2013 behind them in Pairc Sean Mac Diarmada.

Leitrim fans might have been disappointed with last Sunday’s display but their disappointment paled compared to that of London manager Paul Coggins who felt his side had left a great chance of a first League win of 2013 behind them in Pairc Sean Mac Diarmada.

“We’d be disappointed overall, we felt we had more in us,” said Paul, “We had quite a lot of the ball, we put a lot of pressure on Leitrim, I know people will say Leitrim didn’t play well but we worked hard. We felt as a team that we obviously gave the ball away too much, and not under pressure, and that cost us a lot.

“Our decision making is something we’ve got to try and improve upon over the next eight weeks. We were competitive, consistent the whole league but the crossbar is not our friend and you get hurt so badly when something like that happens.”

The fact that the crossbar denied them a goal and Leitrim scored a goal straight away only served to heighten London’s disappointment – “Unbelievable really, I don’t know how many times this season it has happened to us, it is just unbelievable. We just lost our concentration, they got a quick break-away and they made us pay for it and that was the turning point.”

However, Paul did find solace in London’s refusal to lie down – “It is great that the lads kept going right to the end, it is something we try and do as a team, it is very important to keep going. We could have fallen apart there but that is not inside this team, they keep working.

“We were strong at the end, unlucky that we missed a couple of scores but if we had taken our few scores in the first half, we possibly wouldn’t be in that position. You need to be getting more than 1-8 or 1-9, we set ourselves higher targets than that and we didn’t meet them today.”

The London boss also felt that his team deserve some credit for how hard they work – “We are a competitive team and I don’t know if Leitrim people know how competitive we are, how much we’ve improved over the last year and how hard we work. We’re not going to roll over for anybody and we haven’t, home or away.

“They’re a good bunch of lads and they put in a huge commitment. Leitrim came out on top, they played some good football and showed good coolness when it was required and created the frees for Emlyn and he got the important ones. The main thing is winning the game and Leitrim won it, that’s it. We’re a good side and it was probably a good game for Leitrim too.”