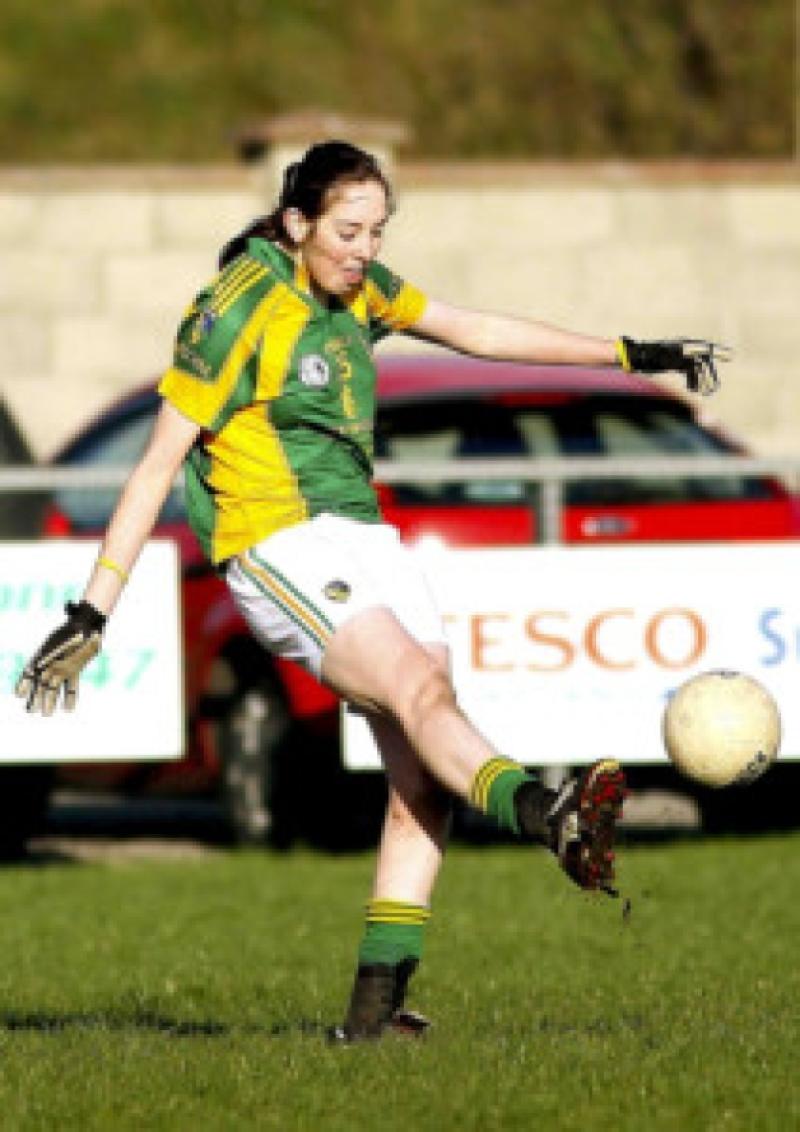 Leitrim Ladies face a playoff to reach the Tesco Home Grown Division 3 Semi-Finals after they suffered a heavy defeat in their last League game proper last Sunday at the hands of a Down side who turned a four point halftime deficit into an eight point victory at the final whistle.

Leitrim Ladies face a playoff to reach the Tesco Home Grown Division 3 Semi-Finals after they suffered a heavy defeat in their last League game proper last Sunday at the hands of a Down side who turned a four point halftime deficit into an eight point victory at the final whistle.

The defeat left Leitrim tied on 12 points with both Longford, who lost to Armagh, and Tipperary, who beat Sligo, with a draw taking place to decide who qualifies for the semi-final and which two teams must head into a playoff.

Leitrim on Tipperary, who they beat with a second half come-back in the League, next Sunday at a venue yet to be fixed.

Leitrim started very well against Down Aine Heslin opening the scoring with a fine point, followed quickly by points from Roisin Fowley, Anna Conlan and Aine Tighe as the visitors seemed determined to put their poor showing against Longford well behind. The lead was increased when Aine Tighe lashed the ball to the Down net after a great surge from the middle of the field saw her chargd straight through to score

A slow settling Down got thier first score on 20 minutes when Tash Ferris converted a free but with corner back Sharon Kerrigan setting up Deirdre Ward for a point, Leitrim were well in control. Down, however, began to counter-act Leitrim’s dominance and a series of frees saw them close the gap despite points from Roisin Fowley and Aine Heslin, leaving the halftime score at 1-8 to 0-7 for Leitrim.

Down opened up the second half with a goal for Lauren Cunningham and this was only the start. The Fegan sisters, Sinead and Orla, and full forward Kyla Tannion were to prove major problems for Leitrim. With the points steadily rising, Tash Ferris added a second Down along with two frees early in the second half as Down turned a four point deficit into a seven point lead.

Enya McWeeney and Erin Farrell were replaced by Vanessa Gallogly and Laura O’Dowd and Leitrim appeared to have got themselves into the game when Roisin Fowley set up Aine Tighe for her second goal. Down’s Grainne McClean and Aine Tighe swapped points but as the game progressed, Down pulled away with a series of points to confirm their place in the semi-finals.