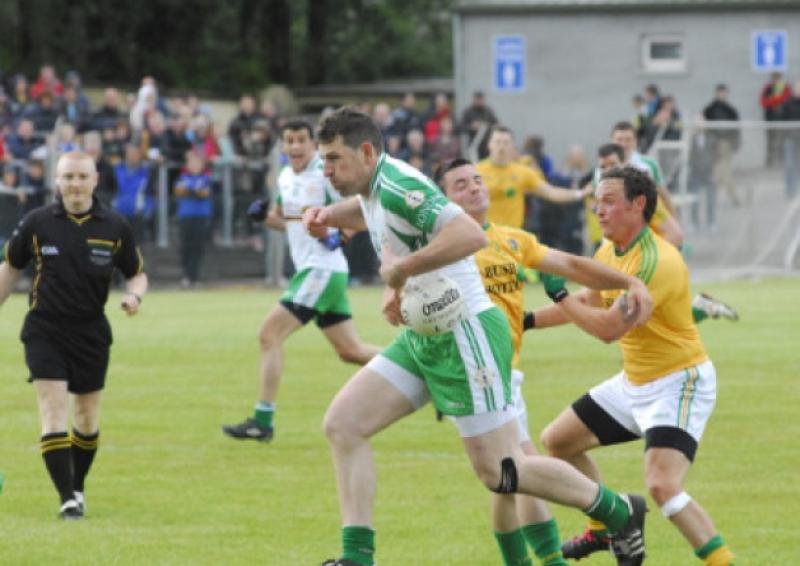 Reacting minutes after a game that could have with triumph as easily as despair is never an easy thing to do but joint manager George Dugdale was the essence of coolness following last Sunday’s dramatic draw against London in Pairc Sean Mac Diarmada.

Reacting minutes after a game that could have with triumph as easily as despair is never an easy thing to do but joint manager George Dugdale was the essence of coolness following last Sunday’s dramatic draw against London in Pairc Sean Mac Diarmada.

Having had a few moments to collect his thoughts, George felt that the draw was the fairest result - even if the Green & Gold had a chance to snatch victory with a last gasp fifty.

“I suppose after a draw there are mixed emotions,” George told the Observer, “both teams probably feel they had chances of winning it but a draw was a fair result.

“Our boys showed great character towards the end, they were two down with four to go and battled back and had a chance from a fifty to win but it wasn’t to be.

“We’ll regroup, look at the mistakes we made and try and be better and more clinical next weekend.”

The Mohill man’s calm take on the game doesn’t mean he does not see areas that need improving for the replay - “In the first half, there were stages when we went six-four up and we needed to tag on a few points because I thought we were in control but we let in a sloppy goal.

“Something similar in the second half, another sloppy goa when we were two up gave them the heart to go on. We made it hard for ourselves but they missed a few goal chances too and they are things we have to look at and eradicate the next day.”

After a four week build up, this week takes on a different hue for the Leitrim players but for George and Barney, it is all about getting ready for the replay - “This week is about recovery and getting ready for next Sunday. There were a lot of hard hits out there today, I’m sure the London dressing room is the same, there are a lot of sore bodies in there.

“It is a case of getting ourselves recovered and treating whatever injuries there are. Both teams still have a chance of playing in a Connacht Final and it is all to play for. I’m extremely proud of our boys, the way they fought hard and never gave up there even when things looked ominous at the end.”

And George expressed his pride in the performance of the Leitrim players - “Since myself and Barney came in, we’re looking to raise standards all the time because you have to get standards up before you get results. Everything can’t be results based even though that is what it is in the end, you have to build standards first of all.

“Those boys there showed they are committed to the Leitrim jersey and it was reflected in every ball they went for and everything they did and I know we’ll improve the next day.”

For more on Sunday’s Semi-Final, see this week’s Leitrim Observer and www.leitrimobserver.ie