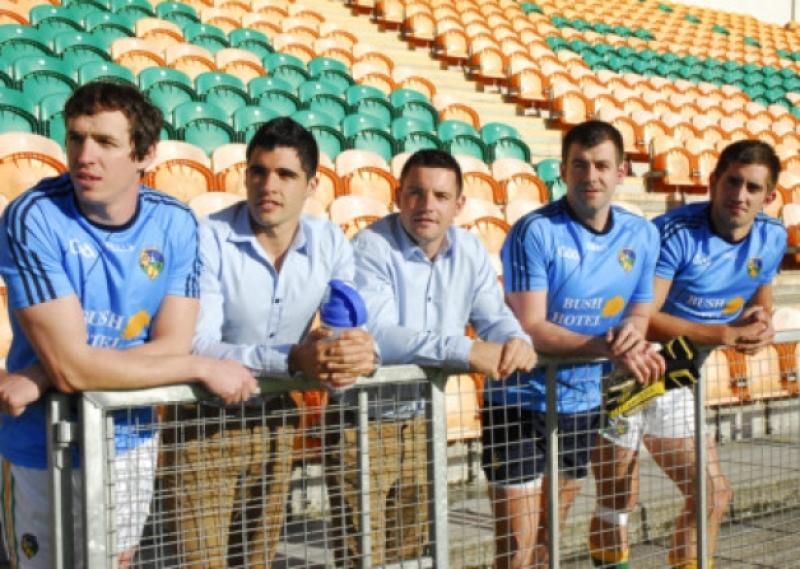 Not afraid to state his ambitions, Emlyn Mulligan boldly states that next Sunday’s Connacht Semi-Final is a huge opportunity for Leitrim.

Not afraid to state his ambitions, Emlyn Mulligan boldly states that next Sunday’s Connacht Semi-Final is a huge opportunity for Leitrim.

Speaking to the Observer ahead of Sunday’s contest, Emlyn said “We can’t wait to just get out there. Obviously, the prize at the end of it is a huge opportunity to play in a Connacht Final for the first time in 13 years, it is not an opportunity that comes around too often.

“We’re on the so called weaker sider of the draw and to be fair, London have come off a great win against Sligo and their tails are going to be up. They will be looking at this as a fantastic opportunity because of everything that has gone on in our camp and the things that have unfortunately happened.

“London are expecting to come out of here on Sunday with a win and if they do, I can tell you one thing, they’ll have definitely earned it because there is no way that we’ll be giving up the chance to play in a Connacht Final too easily.”

London may be regarded as a soft touch in some circles but Emlyn is well aware of the task ahead – “We have experience of playing over there and I knew myself that London were well capable of causing a shock. Most people said they have a chance but most people would have expected Sligo would have pulled through in the end.

“We’ll prepare regardless of who we’ll be playing, the incentive for us is to get to a Connacht Final and it is irrelevant whether we’ll be playing Sligo or London, the prize at the end of the day is a massive prize and these opportunities don’t come around too often.”

Emlyn has also called on the fans to turn out in force next Sunday –“It is one of Leitrim’s best opportunities in the last 13 years to get to a Connacht Semi-Final. It would be absolutely massive for the county and a huge boost to the people and I just hope that the supporters can come out here in huge numbers.

“In the qualifiers here last year, the supporters gave us a huge boost and we need every bit of luck and every advantage we can get to come through the game with a win.”

The Leitrim captain believes the right attitude is essential – “We treated New York as any other county team, we went over there and dealt with it in a professional manner and got our attitude right.

“It is going to be no different here on Sunday and I know if the boys bring that attitude and bring the professionalism and the standard we know we can play at, there is no doubt about it that we will get the win next Sunday, I can assure you of that.

“We have a tight bunch here, we have some quality footballers and if we bring our A game here on Sunday, I know fully well there is a definitely a win on the cards and a huge opportunity ahead for us.”