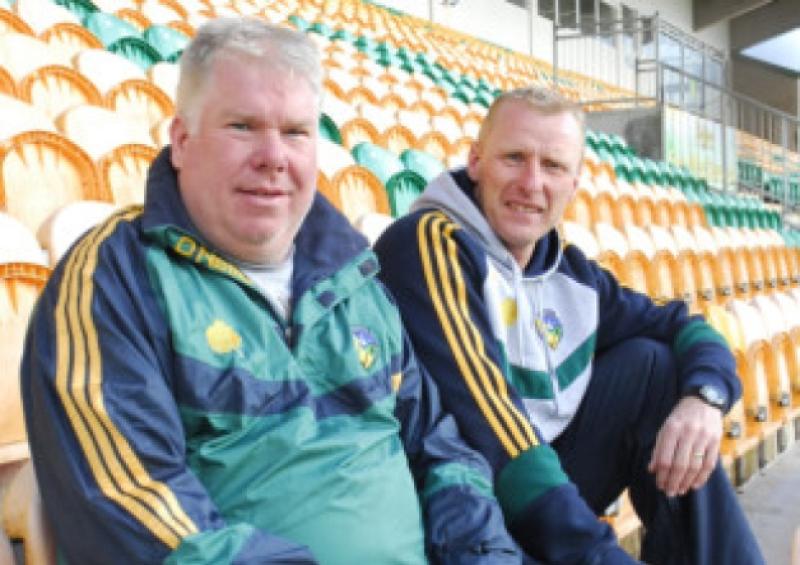 Regardless of favouritism or controversy, joint manager George Dugdale is confident that Leitrim’s sole focus next Sunday is on beating London.

Regardless of favouritism or controversy, joint manager George Dugdale is confident that Leitrim’s sole focus next Sunday is on beating London.

Never has the build-up to a Connacht Semi-Final been more pressurised for a management team but George says the team are fully focussed on London – “There have been issues, we have dealt with them and we have moved on and we’re fully focussed on the job in hand.

“The boys are working extremely hard, on and off the field, giving 110% and we’re well aware of the task that lies ahead but if we put in the performance that we know we are capable of, then we’ll be there or there abouts at the final whistle.”

Some are predicting an easy Leitrim victory but it is a belief that George is quick to discount – “Anybody that says that haven’t been following Leitrim or London’s results very closely because since Paul Coggins took over, he has brought a new professionalism to the set up and we are not underestimating them, you do so at your peril.”

“We’ll be looking to play at a pace that may catch them out, we will want to move the ball fast because we are not as big a side and use the fitness base we have built over the last few months to our advantage.

“We know what lies ahead and we’re planning carefully to put in place the strategies we want to try and beat London.”

Mayo await Sunday’s winners in the Connacht Final but George says Leitrim are focusing only on London – “From a players and managers perspective, we’re focussing on London and the off-shoot of that is you get to a Connacht Final. Nobody is thinking about anything else but playing against London.

“There is no focus issues involved there, everybody is 100% ready and focussed for London. We’re confident in our ability and we know if we put in the performance we are capable of, we can get the result on the day.”