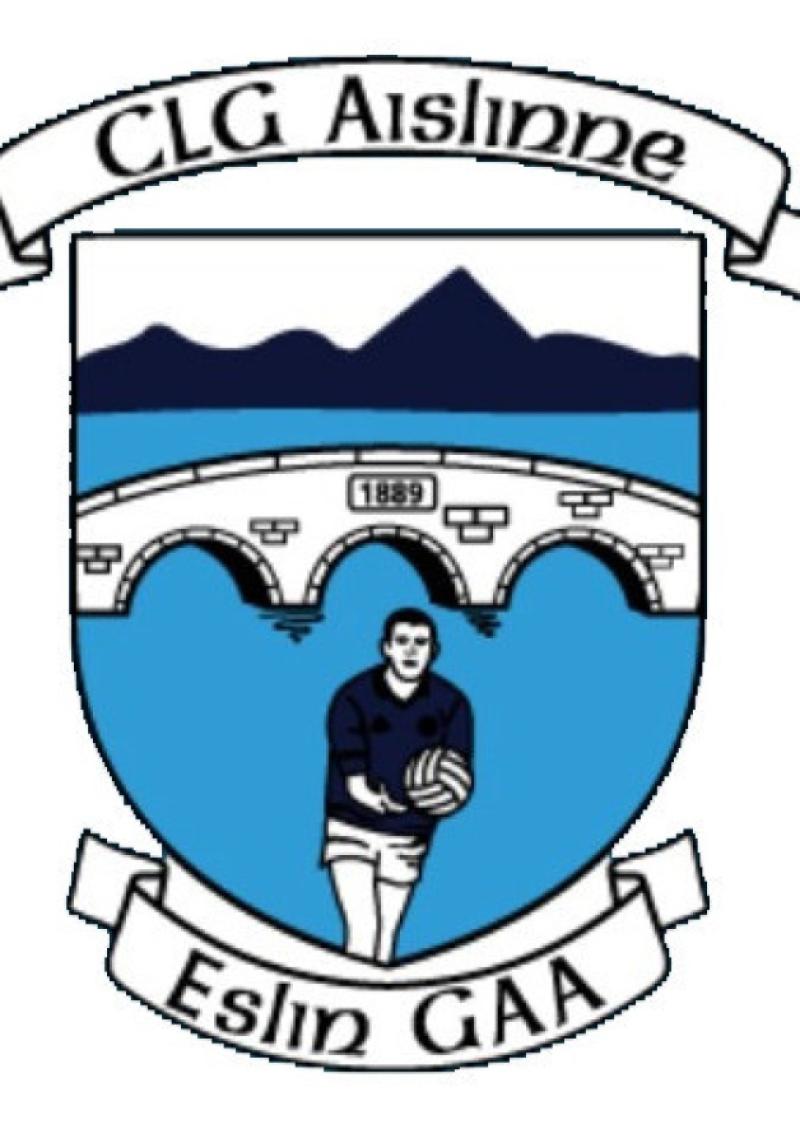 Eslin booked their place in the GWP Intermediate Championship quarter final on Saturday evening when they defeated Dromahair by five points, 2-7 to 0-8.

Eslin booked their place in the GWP Intermediate Championship quarter final on Saturday evening when they defeated Dromahair by five points, 2-7 to 0-8.

A goal in each half was enough to see off the challenge of Dromahair who were guilty of wayward shooting throughout the game.

Although they enjoyed plenty of possession Dromahair struggled against a well organised Eslin defence.

Conor and Tomas Beirne were to the fore for Eslin but the contribution of several other players emphasised that Eslin are more than a two man team.

With time running out Niall Beirne scored his side’s second goal to secure a deserved victory for Eslin.

A Conor Dolan goal was all that separated the sides in the first half and the second half proved to be full of excitement as Glenfarne/Kilty fought their way back into contention before taking the lead in the closing stages.

However, Glencar/Manor scored their second goal in the final minute to retake the lead.

The four minutes of injury time saw both sides battle for the win but ultimately neither set of supporters will be disappointed at the prospect of having to meet again next weekend.

For a full report from both semi finals see Wednesday’s Leitrim Observer.