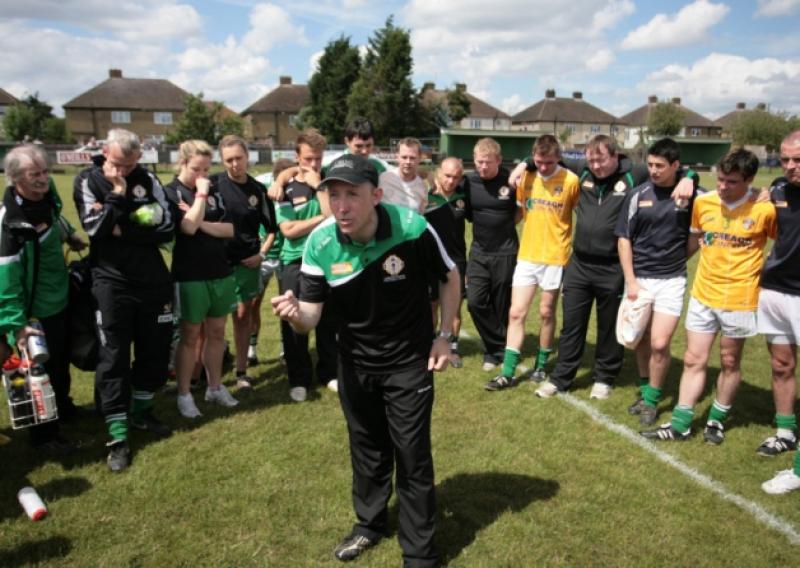 Fresh from their giant killing exploits against Sligo, London manager Paul Coggins intends on continuing that trend against Leitrim next Sunday.

Fresh from their giant killing exploits against Sligo, London manager Paul Coggins intends on continuing that trend against Leitrim next Sunday.

London’s only other provincial victory came at Pairc Sean MacDiarmada in 1977 and Coggins says they will travel to Carrick confident of repeating that feat.

“There is a big carrot dangling in front of us,” says Coggins, “but we have to keep away from that. We have to forget about the occasion and the fact that’s it’s a Connacht semi-final. It’s a game of football where we have to perform at a very high level against a quality side who are difficult to beat.

“But we’re also difficult to beat – we’re a great championship side. We’ve got the belief and the confidence and there’s no reason why we can’t go there and give ourselves every opportunity.”

Coggins has suffered a number of heartbreaking losses to Leitrim down through the years. He started at wing-forward in 1997, where Declan Darcy netted a controversial last-gasp penalty to force extra-time before Leitrim escaped with a victory and also featured five years later when the visitors produced a late burst to prevail.

It was a similar story for Coggins last year when Leitrim returned to a soaking Ruislip as Leitrim hit three late scores to snatch a one-point success.

“We’ve played them three times in the last two years and always held our own,” said Coggins. “The only thing we need to change is the result.

“All I want is a really tight, tough and close encounter, and if we come out of it with another one-point victory, that’ll be grand. Hopefully the heart can take it.”