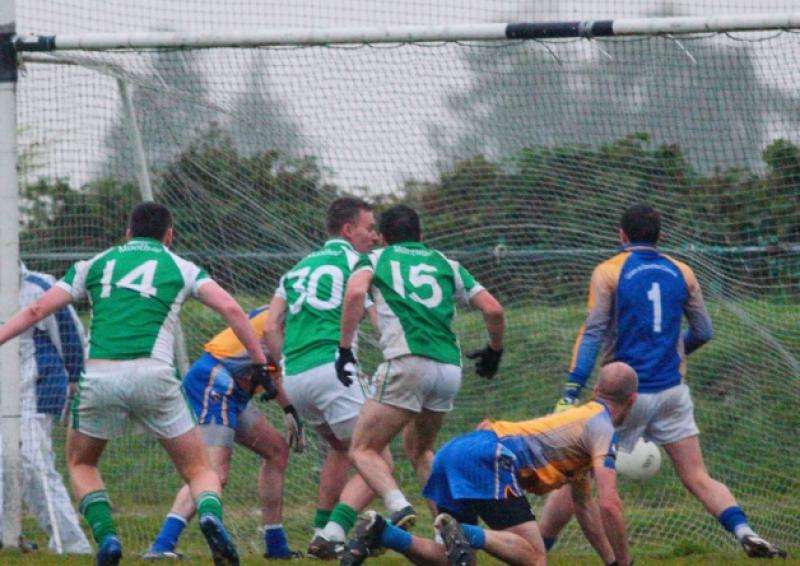 For the first time since 2007 Glencar/Manorhamilton will not contest the Senior Championship final after they were defeated by Mohill.

For the first time since 2007 Glencar/Manorhamilton will not contest the Senior Championship final after they were defeated by Mohill.

The game began with Mohill showing no signs of being overawed and they opened the scoring when Alan McLoughlin pointed but that was soon cancelled out by an Evan Sweeney free.

A succession of wides, including one from James Glancy when through on goal, meant there was nothing between the sides after 10 minutes.

Mohill regained the lead when Colm Beirne pointed and moments later Mohill had a sight of the Glencar/Manor goal but Gary Hickey did enough to deny the lively John Mulligan.

Four unanswered Glencar/Manor points put them in the clear and it looked as though Mohill were in trouble but, two pointed frees from Alan McLoughlin meant there was just a point between the sides at the break.

Darren Sweeney re-established a two point lead for Glencar/Manor before they were dealt a real blow when Gerry Hickey was given his marching orders after receiving a second yellow card.

With their backs to the wall Glencar/Manor responded well as Glancy kicked an excellent point to put three between the sides.

Surprisingly, that would prove to be Manor’s last score as they, uncharacteristically began to look nervous and kicked a number of hopeful balls that were easily dealt with by the Michael McGuinness led defence.

Ronan Gallagher, Shane Quinn, John Mulligan and the McGuinness brothers sensed an opportunity was there for an upset and after Gavin Kelly converted a free, Ronan Kennedy struck for the game’s opening goal.

At this stage the atmosphere was electric as both sides gave their all. The waving wide of an Aaron Hickey free was greeted by huge cheers and in injury time Mulligan fisted over the bar when through on goal.

Deep in injury time and with the Mohill supporters desperately waiting on the full-time whistle, Glencar/Manor showed why they have been the team to beat for so many years as they came desperately close to scoring a late, late goal. Aaron Hickey’s dangerously floated free was knocked back across the face of the goal and the first to react was James Glancy. With two outstretched hands Glancy guided the ball towards goal but Shane Quinn made a last ditch goal line clearance to make sure Mohill advance.